History of AhmedabadAhmedabad seems like a kaleidoscope; it is both ancient and modern. On the one hand, it has spiritual peace and tranquility, but on the other hand it also has a busy modern life. Gandhi Ashram on the banks of Sabarmati River is the symbol of spiritual roots of India. Nowadays Ahmedabad is bustling with life and business activities.
The city has a distinct culture. Apart from the good roads and flyovers, its glitzy shopping malls also add to the glory of the city. Ahmedabad is also known for premier educational institutes of India, such as the Indian Institute of Management. People are warm and hospitable and the local arts and culture are sure to rejuvenate you. If we look to the history, Ahmedabad was the biggest city in terms of area in the pre-British era till Calcutta and Madras Presidency were set up.
In the beginning of 11th century Ahmedabad region was ruled by Bhil king, who was later on defeated was the Solanki ruler of Patan. After 13th century, it fell into the hands of Vaghela dynasty of Dholka. After 13th century entire Gujarat became a part of Delhi Sultanate. It was named as Ahmedabad by Sultan Ahmed Shah in 1411. After 1573 Gujarat came under the Mughal rule of Emperor Akbar. People of Ahmedabad are known to have business acumen and that's reason it is considered to be a prosperous city since the beginning.
Festivals and Must See Places
The International Kite Festival is held here on January 14 every year; it coincides with the famous Indian festival of Makar Sankranti. Navratri with garba dance is also a famous tourist attrction. A Rath Yatra is organized in the months of June or July from Jagannath temple in Ahmedabad. It is in the form a procession with a lot of fanfare. The must see religious places of Ahmedabad are Hutheesing Jain Temple, Sidi Sayeed Masjid, Jama Masjid, Mahudi Jain Temple, and Akshardham.
The places of archaeological importance are the walled city and gates, Heritage Walk, Rani no Hajiro, Badshah no Hajiro, Pols of Old City, Dada Harir Vav (Stepwell), Jhulta Minara, The Adalaj Stepwell, Sarkhej Roza, and the House of Mangaldas Girdhardas. The other must see places are Vechaar Utensils Museum, Calico Museum & Sarabhai Foundation, Sanskar Kendra, Institute of Indology, N C Mehta Gallery, Shreyas Folk Museum, Hussain Doshi's Gufa, CEPT Campus, Kanoria Center for Arts, Hutheesing Visual Arts Centre, Community Science Center, Sardar Patel Museum, Science City, and Auto World. Kankaria Lake is also worth visiting. 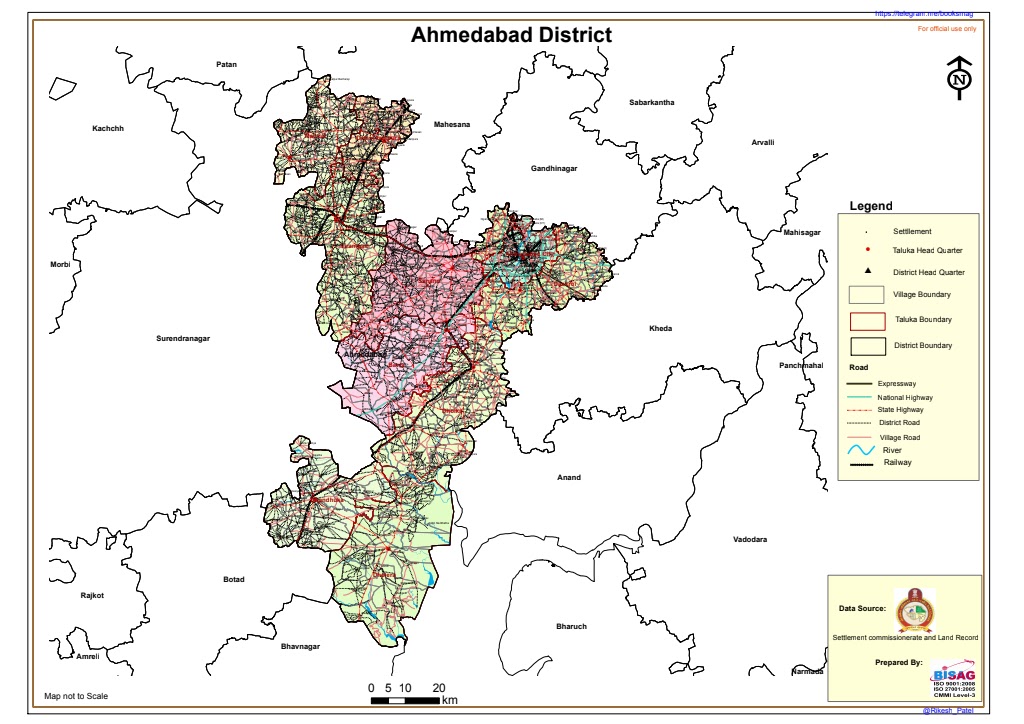