Banas Kantha District is one among 33 Districts of Gujarat State ,India. Banaskantha District administrative head quarter is Palanpur. It is is Located 125 KM north towards State capital Gandhinagar . Banaskantha District population is 31.2 lac. It is 5 th Largest District in the State by population.
It is Located at Latitude-24.1, Longitude-72.4. Banaskantha District is sharing border with Jalore District to the North , Sirohi District to the North , Mahesana District to the South , Patan District to the South . It is sharing Border with Rajasthan State to the North .
Gujarati is the Local Language here. Also People Speaks Hindi. It is too Hot in summer. Banaskantha District summer highest day temperature is in between 30 °C to 43 °C. Average temperatures of January is 21 °C , February is 23 °C , March is 28 °C , April is 32 °C , May is 35 °C .
The economy of the district is based on agro & food Processing, tourism, textile and mineral based industries (ceramics). The food Processing industry in the district has attracted 57% of the total investment in the district over the last two decades The district ranks first in the Country in Milk Production, the Asia's Largest Dairy Cooperative under the Brandname of AMUL is Banaskantha District Cooperative Milk Producers' Union Ltd., Palanpur known as Banas Dairy procuring almost 59,58,134 Lit. Milk on 15.01.2018 as Peak receipt. The Banaskantha is also first District having highest Cold Supply Chain of Milk by installing 1280 Bulk Milk Chilling units procuring almost >90% milk as Raw Chilled Milk & rest 10% in Cans. Banaskantha District having 1060 Village Dairy Coop. Societies certified as per ISO 9001 : QMS Standard. The district ranks first in the state in the production of vegetables contributing nearly 17.67% to the total vegetable production of Gujarat. It is the largest producer of potatoes in the state. Bajri, Maize, Tobacco, Castor oil, Jowar, Psyllium are the other major crops of the district. It is also one of the leading producers of Isabgul (Psyllium husk) in the country. It is also the 3rd largest producer of oil seeds in the state after Junagadh district and Jamnagar district.
The district has rich mineral reserves including limestone, marble, granite, building stone and china clay. It accounts for almost the entire marble reserves (99.3%) of Gujarat and contributes about 15% to the total production of limestone in the state. 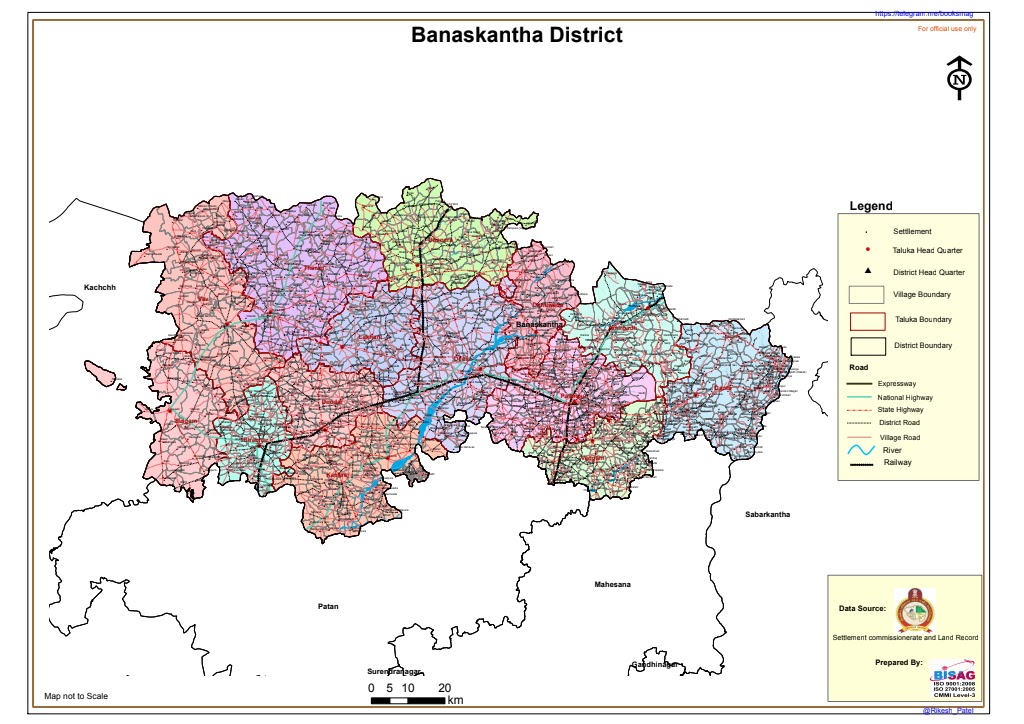