Bharuch (formerly commonly known as Broach) in India, is a district in the southern part of the Gujarat peninsula on the west coast of state of Gujarat with a size and population comparable to that of Greater Boston. The Narmada River outlets into the Gulf of Khambat through its lands and that shipping artery gave inland access to the kingdoms and empires located in the central and northern parts of the sub-continent of India.
The city of Bharuch and its surrounds—today's district—has been settled far back into antiquity and was a major shipping building centre and sea port in the important pre-compass coastal trading routes to points West, perhaps as far back as the days of the Pharaohs, which utilised the regular and predictable Monsoon winds or galleys. Many goods from the Far East (the famed Spice and Silk trade) were trans-shipped there for the annual monsoon winds making it a terminus for several key land-sea trade routes and Bharuch was definitely known to the Greeks, the various Persian Empires and in the Roman Republic and Empire and other Western centres of civilisation right on through the end of the European Middle Ages.
With the advent of the Age of Discovery, the presence of deep draft sea going shipping it began a long slow decline in importance as it was a bit too far north to be convenient to shipping not confined to keeping within sight of shore. 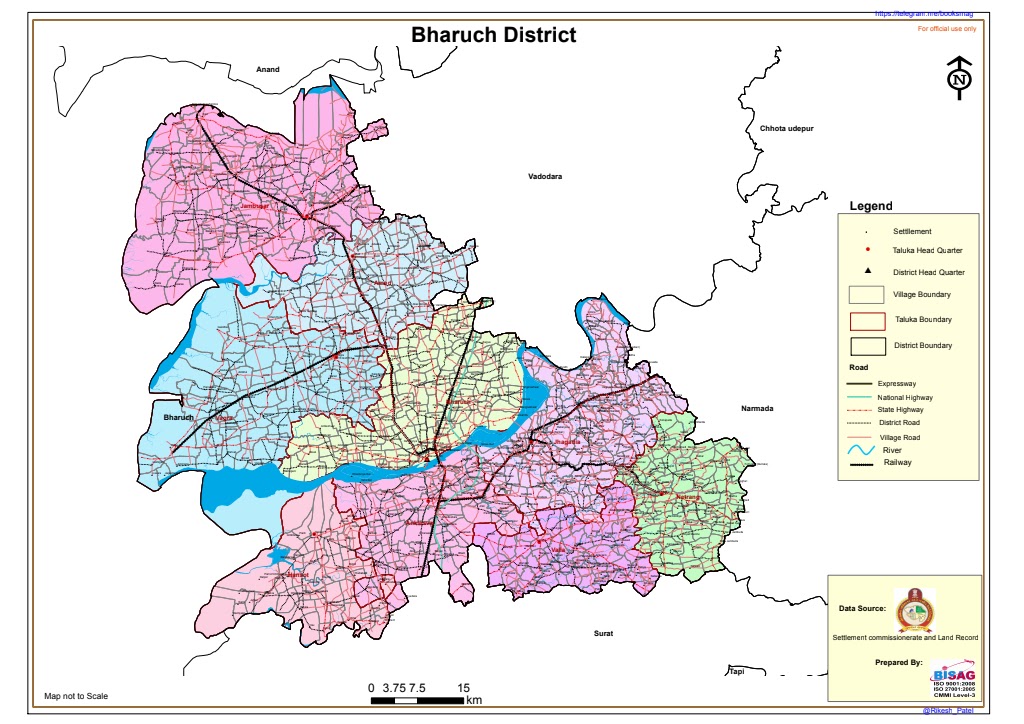