Jam Shri Ravalji,head of Jadeja clan Rajput (Kshatriya) migrated from Kutch to Halar,established himshelf & set his throne at Khambhalia in V.S.1582 for some years it was his capital & new city in V.S.1596 named "Navanagar".
Jam Khambhalia is the head quaters of the newly created formed Devbhumi Dwarka District which was carved out of Jamnagar district on 15 August 2013.The district consists 4 talukas : khambhalia,Kalyanpur,Dwarka and Bhanvad.The named Devbhumi Dwarka is derived from the famous Dwarkadhish Temple of Dwraka city which is one of the four holy places according to Hindu mythology.
Devbhumi Dwarka District comprises of two sub-division named Khambhalia and Dwarka.Khambhalia sub division includes Khambhaliya and Bhanvad talukas while Dwarka sub division includes Okha-mandal and Kalyanpur talukas. 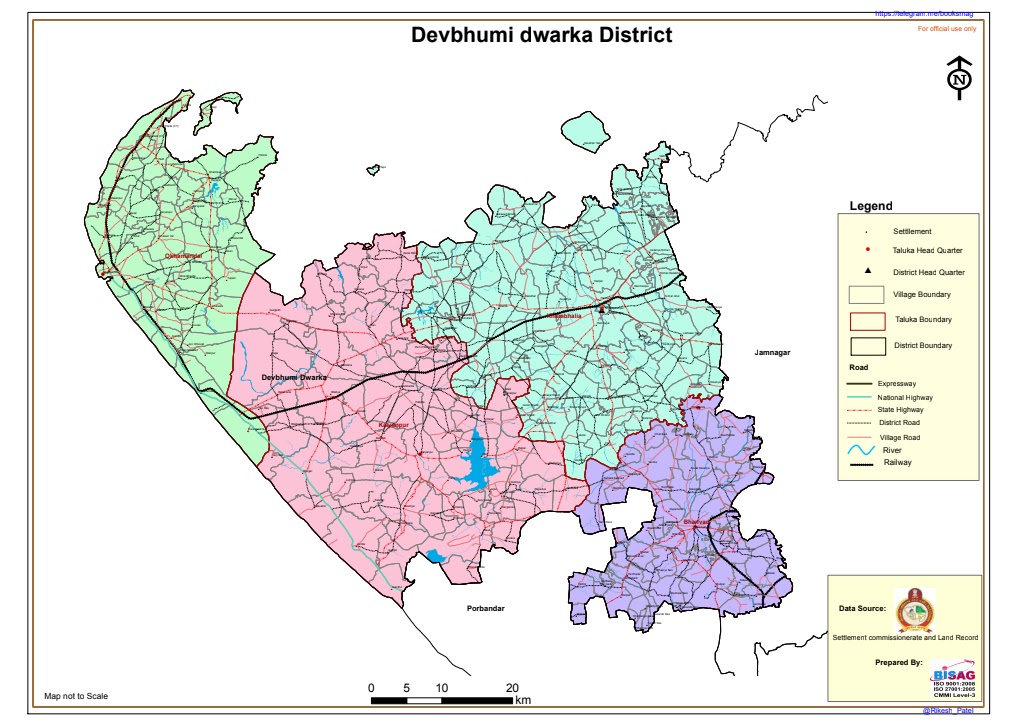 Giving Food grain to the poor in the state tomorrow no reason card will be distributed for 1st April Welcome To Our swiftnews Websit...