Gujarat is the Western most state of India. It is bounded by the Arabian Sea in the west, shares its borders with Madhya Pradesh in the east, by Rajasthan in the north and northeast and by Maharashtra in the south and south east. Gujarat has a common frontier with Pakistan at the north western fringe and is an international border. Gujarat was formed in the year 1960; carved out of the 17 northern districts of Bombay state when that was split on a linguistic basis (Marathi-speaking) Gujarat is an industrially advanced state, and although it is not a popular tourist destination among foreigners, it still holds an important place in India. The people of Gujarat are also known to be a successful business community.
The history of Gujarat can be traced back to almost 3500 years ago. The archaeological findings at Lothal near Dhandauka in Ahmedabad district and Razdi in Saurashtra give proof of the Harappa and Mohenjodaro civilization.
The capital of Gujarat is Gandhinagar and its largest city is Ahmedabad. The population of Gujarat State is 6.04 crores as per Census 2011. The state covers an area of 1,96,024 sq km. Gujarat is the 7th largest state in India in terms of area. The literacy rate is 79.31 percent. The language spoken here is Gujarati. The state is renouned for its holy temples (Dwarkadheesh temple, Somnath temple), wildlife sanctuaries, beaches, hill resorts and fascinating colourful handicrafts,
The best time to visit Gujarat is between October and March.
The 33 districts of Gujarat are: Ahmedabad, Amreli, Anand, Aravalli, Botad, Banaskantha, Bharuch, Bhavnagar, Chhota Udaipur, Dahod, Dang, Devbhoomi Dwarka, Gandhinagar, Gir Somnath, Jamnagar, Junagadh, Kheda, Kutch, Mehsana, Mahisagar, Morbi, Narmada, Navsari, Panchmahal, Patan, Porbandar, Rajkot, Sabarkantha, Surat, Surendranagar, Tapi, Vadodara and Valsad. 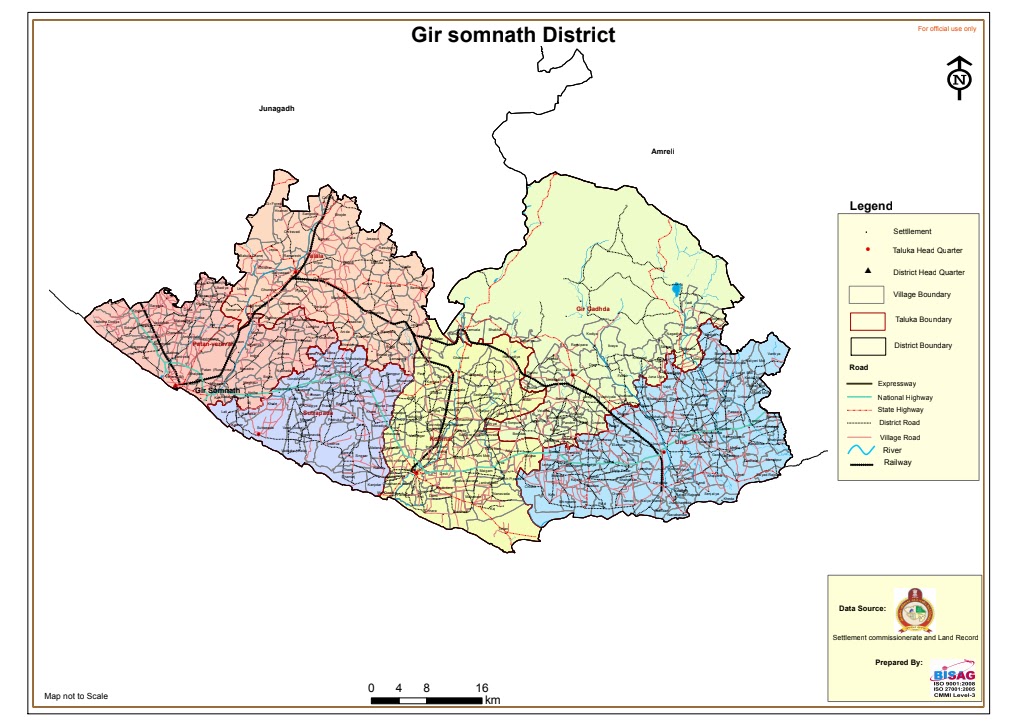