The Mahi River which flows from East to West, is a holy river of India, is worshipped by many people due to lots of temples and holy places of worship along its shore. Mahisagar is the name given to it due to its vastness. The 28th newly formed district called Mahisagar district in Gujarat observes its name from this holy river. The district of Mahisagar has been carved out of two districts, Panchmahal and Kheda. It came into existence as a district on 26th January 2013, but came in operational mode on 15th August 2013 completely by Lunawada, capital of district Mahisagar. Kaleshwari is the famous place in Lunawada holding historical importance. Favourable conditions of Vasad make it a favorable picnic spot and are a gateway to ‘Charotar’. Its ancient name is ‘Vasudhanagari’. Mahidam dam near Banswara in Rajasthan is built on River Mahi, from which whole Gujarat gets the drinking water. Many crocodiles, aligators, take shelter in it. Lunawada of Mahisagar district has Tirupati oil industries, Balaji food industries, Groundnut oil industries are major sources of employment for peasants’ of Vadodara, Sabarkantha district and Panchmahal.
Mahisagar district – also Mahisagar – is a district in the state of Gujarat in India that came into being on 26 January 2013, becoming the 28th district of the state. The district has been carved out of the Panchmahal district and the Kheda district. District Name Mahisagar given from "Mahi River".[1] Lunawada is the district headquarters of Mahisagar. It started its operation in full-fledged from 15 August 2013. 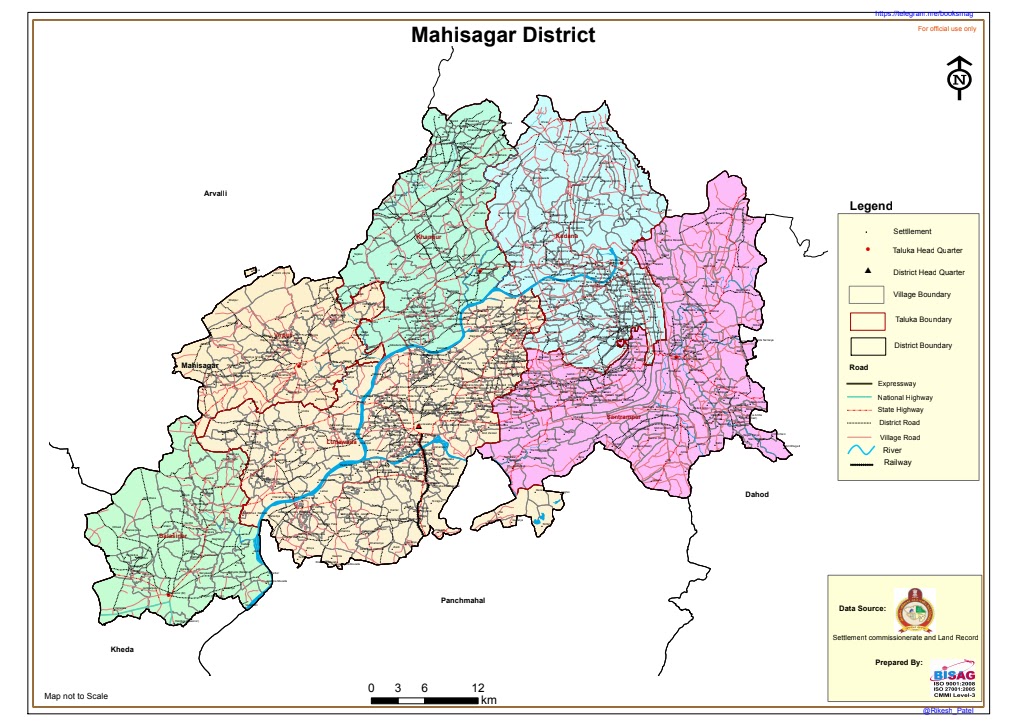