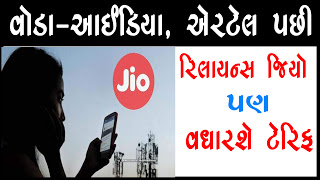 Reliance Jio announced an increase in its tariff value Vodafone Idea and Airtel also announced raising tariff prices from December 1. The companies cited the government-charged AGR as the tariff hike.
Reliance Jio said in a press release that, as stated in the media reports, we understand that TRAI is about to start a consultation process with telecom tariffs. Like other operators, we will work with the government and strengthen the regulatory regime. So that the industry can be strengthened for the benefit of Indian customers. In the next few weeks, we will increase the tariff cost.

At present, the company has not said in which plan how much money will be raised. But that too will be announced soon. Vodafone Idea and Airtel have also announced that tariffs are being raised from December 1. The two companies have not yet specified how much extra money will be paid on the plan.
All the companies have cited the government-charged AGR as the tariff hike. However, Vodafone Idea and Airtel have to pay more.
Notably, the Supreme Court upheld a decision in October. Under this, the telecom department has been given the right to collect AGR 94000 crore from telecom companies. This is a total of Rs 1.3 lakh crore. The biggest Voda Idea to miss.
Important Link :
Read Gujarati News
Reliance Jio 2019-11-20T21:19:00-08:00 Rating: 4.5 Diposkan Oleh: Niya 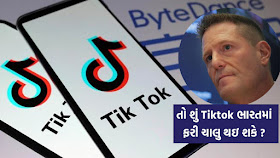