11. “Walking in a Winter Wonderland.” I like this song. It knows its place. I like that the snowman is only a passive participant in the elaborate commitment games of the singers.10. “It’s Beginning to Look a Lot Like Christmas.” You know what? This song is fine. It’s fine. I like this song because I can whistle it! Apart from that, I like how noncommittal it is. “What do you think of Christmas?" “It’s beginning to look a lot like Christmas," this person diplomatically replies. It also is appropriate starting in, like, October.Alexandra Petri: Waging a noble war against an early Christmas9. “Santa Claus is Coming to Town.” But only this version. This is the treatment the song needed. Forget it, Bruce.
8. “It’s the Most Wonderful Time of the Year.” This song should not be this high on the list, and I apologize. But I love holiday songs that list, as totally expected aspects of the holiday, things that are no longer included in most celebrations, so I am very pro the insistence that every Christmas includes “scary ghost stories.” For the record, the only Yuletide ghost story I can think of, “A Christmas Carol,” is not scary.
7. “Deck the Halls.” FA LA LA LA LA, LA LA LA LA! This is a good song. It includes the word “jolly” and the admonitions to “be jolly” and “don gay apparel.” More people should be admonished to don things and be jolly, and I like that approximately 90 percent of it is the word LA.6. “All I Want for Christmas Is You.” It is what it is, Santa.5. “Dominick the Donkey.” Jiggity-jig! Hee haw! Hee haw! Now I am beginning to see that there is a problem with this list, which is that my taste is very strong and very bad, but I really like this song about a donkey. I love, as a genre, songs that try very hard to make a new seasonal figure happen. This song was like, “I see you, Rudolph the Red-Nosed Reindeer, and I raise you *apparently pulling several names and modifiers from a hat* Dominick, the Italian Christmas Donkey!” These songs always create a problem for their character to solve, or some magic, and I love, too, how prosaic the problem is that Dominick resolves: The reindeer can’t do hills! All hills? No, just Italian hills! Great! More of this, please. Also love the overlap between this song and “Blade Runner.” Not a lot of Christmas songs can pull off what “Dominick the Donkey” does. I am all in on “Dominick the Donkey.” I am a lot of fun on car rides, as I bet you can tell.4. “Have Yourself a Merry Little Christmas.” This song has always read as passive-aggressive to me, and I find that enjoyable.3. “Underneath the Tree.” I wish we lived in a world where one of our biggest complaints, as a society, was that no song since “All I Want for Christmas Is You” has been added to the Christmas canon. This should be a BIG complaint! (Also, what a world that would be! No Islamic State!) I think “Underneath the Tree” deserves to be added to the canon. Three reasons: Kelly Clarkson is great; it hits all the Christmas bases in a quick, efficient list (“You’re here, where you should be. / Snow is falling, and the carolers sing. … Presents, such a beautiful sight!”); and it slaps! Let it into the canon!2. “You’re a Mean One, Mr. Grinch.” My spouse disagrees that the tune of this song is good. He says it is too whimsical. Well, I am 99 items into the list, and there is no turning back now. Unlike other holiday songs, which are saccharine at best and lachrymose at worst, “You’re a Mean One, Mr. Grinch” is just a man facing insult after insult from a deep bass voice with no reference to Christmas whatsoever. It is a welcome reprieve. I am correct to put it here.1. “Good King Wenceslas.” This is a GREAT song. I never tire of hearing about the only semi-impressive good deeds of this medieval monarch. He made the sod slightly warm! Hooray! Good for you, King Wenceslas! All the rhymes work! Every word is satisfying to sing! WENCESLAS! ON THE FEAST OF STEPHEN! DEEP AND CRISP AND EVEN! What a rollicking, hearty song. WENCESLAS! All songs should be like this. I wish we sang this song year-round.SARKARI MADHYAMIK ANE UCHCHATAR MADHYAMIK SHALAO NA SHIKSHAN SAHAYAK ANE SHIKSHAKO NA RAJYA KASHANA JILLAFER BADALI CAMP NA AYOJANA NI JAAN KARVA BABAT
VIEW PARIPATRA PAGE-1 PAGE-2
SARKARI MADHYAMIK ANE UCHCHATAR MADHYAMIK SHALAO NA SHIKSHAN SAHAYAK ANE SHIKSHAKO NA RAJYA KASHANA JILLAFER BADALI CAMP NA AYOJANA NI JAAN KARVA BABAT 2019-12-24T05:20:00-08:00 Rating: 4.5 Diposkan Oleh: Niya 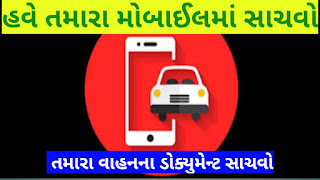