The government approved an increase of two per cent in the dearness allowance (DA) for the central government employees. The hike will be effective from July 1, 2018.
"The Union Cabinet, chaired by the Chief Minister has approved to release an additional instalment of Dearness Allowance (DA) to Gujarat Government employees and Dearness Relief (DR) to pensioners w.e.f. 01.07.2018 representing an increase of 2% over the existing rate of 7% of the Basic Pay/Pension, to compensate for price rise," an official government press release stated.
Earlier, the employees were given a dearness allowance of 5 per cent which has now been hiked to 7 per cent. In March, the Union Cabinet had increased dearness allowance from 7 per cent to 9 per cent.
The DA is a cost of living adjustment allowance paid to government employees and pensioners. It is a component of salary, and is counted as a fixed percentage of the person's basic salary. It is adjusted according to the inflationary trends to lessen the impact of inflation on government employees.
This year in March, the Cabinet increased DA from 7 per cent to 9 per cent - a move that benefited about 48.41 lakh central government employees and 61.17 lakh pensioners. The increase was in accordance with the recommendations of the 7th Central Pay Commission.
Downlod Excel FIle Below Link .
Download Excel File: Click Here
JULY-19 TO DECEMBER-19 MONGHVARI TAFAVT CALCULATOR EXCEL FILE 2020-01-01T10:22:00-08:00 Rating: 4.5 Diposkan Oleh: Niya 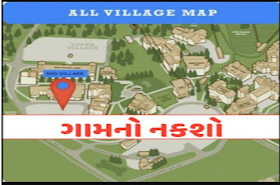