In the midst of the Corona virus crisis, the Center's Narendra Modi government has taken a moot decision and announced a relief package.  Union Finance Minister Nirmala Sitharaman has announced an economic package of Rs 1.70 thousand crore.  Through which different people will be helped.  The government will provide 500 rupees per month for the next three months in the accounts of about 20 million women in the country 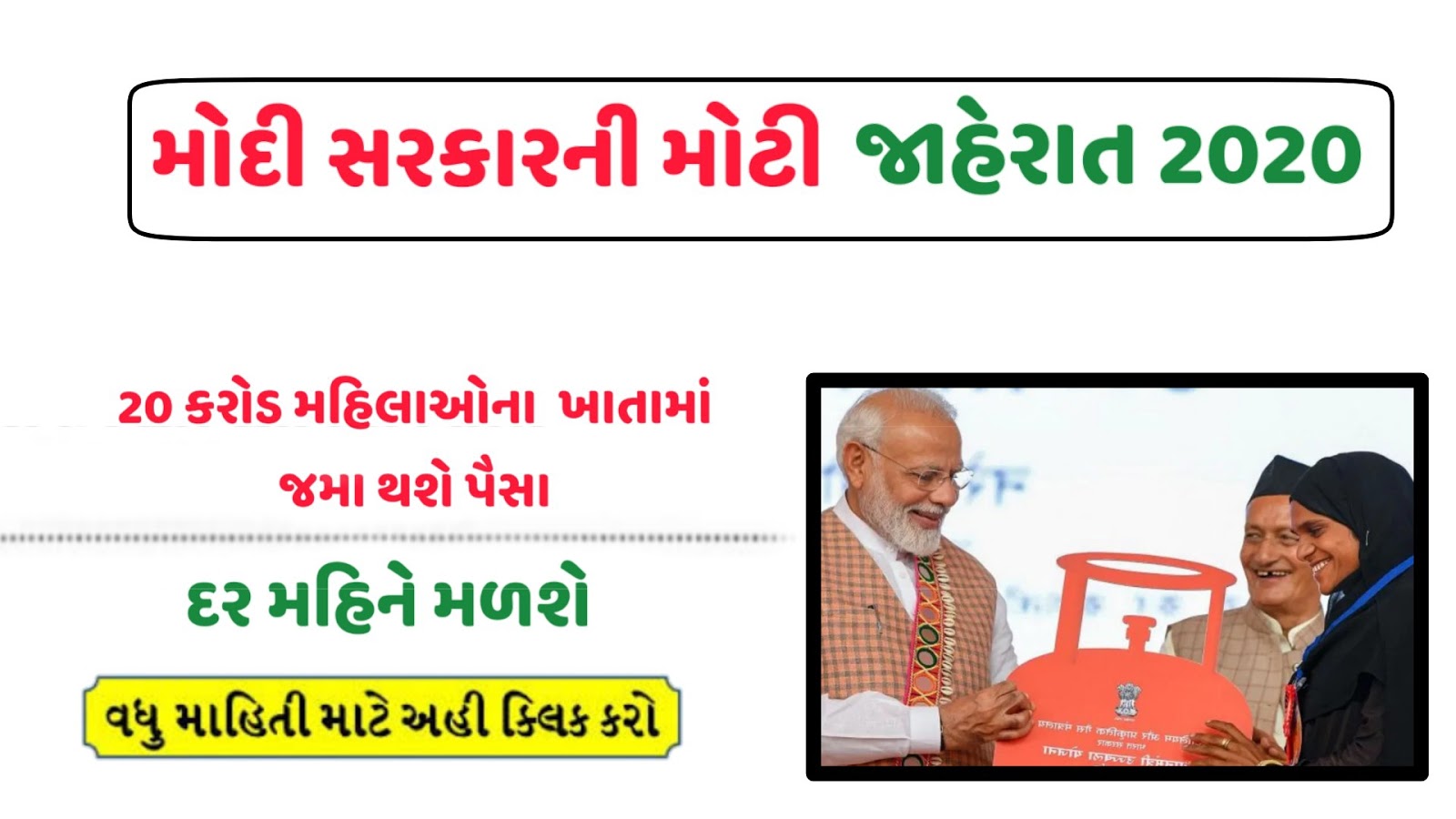 1 Money:
● Finance Minister Nirmala Sitharaman has announced that about 20.5 crore women, who have a personal bank account of the Prime Minister's Janadhan Account, will be given Rs 500 per month for the next 3 months.  This amount will be deposited directly into the women's account every month.
2 gas:
●In addition, under the Prime Minister Ujjwala Yojana, arrangements will be made to provide gas cylinders for 8 crore BPL families in the country for the next three months free of cost.  It may be mentioned that under the Ujjwala scheme, gas connections were opened in the name of 8.5 crore women.
●At the same time, the Finance Minister announced that 7 crore families benefit under the Women's Self-Help Group under the PM Garib Kalyan Yojana.
◆Important Link
Gujarati Full Info
●mitro Amari Aa Website Ma Daroj Modi sarkar yojna, gujrat sarkar yojna, new upcoming yojnao, free yojna, sarkari sahay, government skim, government jaherat, gujrat khedut yojna, new yojna 2020, yojna2020, 2020 ni gukrat yojnao, cmo yojna, gujrat sarkar dwara khedut ane garib mate yojna Jota Raho
announcement of the Modi government will be deposited in the accounts of 20 crore women every month 2020-03-28T01:23:00-07:00 Rating: 4.5 Diposkan Oleh: Niya