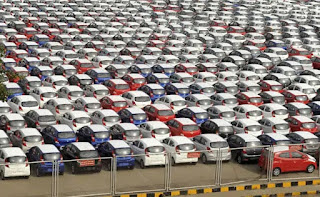 Registration of BS-4 vehicles will be done by March 31. But in the wake of the lockdown situation across the country, those drivers who have purchased BS-4 vehicles but whose registration is pending will still be allowed to register after March 3.  After the Supreme Court verdict on this issue, it will now be implemented in Gujarat as well.  In addition, dealers have been relieved that the Supreme Court has ruled that dealers will be able to sell BS-4 vehicles for 7 days after lockdown.

The apex court had given the last date of March 3, 2005 for the sale and registration of BS-4 vehicles across the country.  After this point, no BS-4 vehicle will be sold or registered in the country.  Following which, the Vehicle Department of Gujarat also circular approved the sale of BS-4 vehicles in the state till March 3 and registration was urged to be done during this period. However, the situation of the lockdown was triggered when the entire country was loaded with Corona virus and there was heavy confusion with BS-4 vehicles when the entire country was currently in lockdown.  Which was applied by the dealers to the Supreme Court and stated that the matter should be extended.  This led to the Supreme Court hearing of the case from a video conference and allowing the judgment to be relaxed.  It will be implemented in Gujarat in the coming days, sources said. Sales of BS-4 vehicles were allowed till March 3 in the country.  However, there has been a general relaxation in the wake of the lockdown situation.  According to which, after completion of lockdown, dealers are allowed to sell up to 5% of BS-4 stock in 3 days.  In addition, people who have purchased BS-4 vehicles and have not been able to register their vehicles in due course of lockdown will still be able to register after March 3.

Sales of 8.35 lakh BS-4 vehicles in the country pending

Currently, there are reports of a large number of BS-4 vehicles being sold across the country.  The highest number of 2-wheelers was not sold.  In addition, 8,000 passenger cars, 5 thousand commercial vehicles were found and a total of 8 lakh units were left unsold.  After the lockdown, dealers will have 3 days to sell the vehicles in which they will try to sell the vehicles by introducing various attractive schemes.

Take Wear mask pledge on https://pledge.mygov.in And Offical Certificate From Government Website In the 66th edition of the monthly radio ...