Uttar Pradesh government has declared it epidemic amid fears of a transmission of corona virus.  Coron virus infection has reached many cities in UP, raising concerns that the Yogi government has declared the virus a pandemic.  Along with this, all schools and colleges in Uttar Pradesh have been ordered to be closed till March 22.  The decision was taken at a meeting of UP Chief Minister Yogi Adityanath with officials.  The decision will be reviewed on March 20 and a new decision will be taken thereafter. UP reported 11 cases of corona virus

It is noteworthy that so far 11 cases of Corona virus have been reported in Uttar Pradesh, including Agra and Lucknow. Earlier, the government of Delhi and Uttarakhand had also issued an order to close all schools up to standard 12 till March 31.  In the meantime only the board exams will continue. After meeting with officials, Chief Minister Yogi Adityanath said at a press conference that so far 11 cases of corona virus have been reported in UP.  Of these, 10 are undergoing treatment in Delhi and one at King George Medical University in Lucknow.  We've been preparing for the Corona fight for about a month and a half. We have all the tools available to survive.  448 berths are reserved in 24 medical colleges.  Laboratory testing of samples is also available in these medical colleges.
Important decisions taken at CM Yogi meeting on Corona virus All doctors and paramedicals will be deployed to treat the coronary patient Isolation boards should be made in all medical colleges Adequate surveillance system should be established on all borders DMs of all districts ordered to inspect scanning centers at state borders Order to provide kit and safe gear required for isolation board at all hospitals Where the exams are underway, the examination will continue Where examinations have not started where they have been postponed From basic to higher and technical colleges, centers with skill development will be closed till March 22. The closure will be reviewed on March 20th, then the closure period will be extended if deemed necessary. Directions not to organize group meetings It is worth mentioning that after the World Health Organization declared the corona virus a global pandemic, the government of Delhi and Haryana has decided to close all schools, colleges and cinemas. Uttarakhand's government, which was worried over the threat of the Corona virus, also issued a directive last Thursday evening to close all schools in the state. 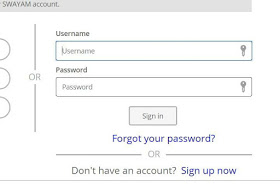