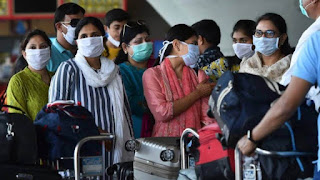 Corona virus infection is now becoming serious in the country. On Friday, the maximum 50 cases were positive in the country. So far the total positive case number in the country has reached 258A. Meanwhile, Karnataka Deputy Chief Minister CN Ashwath Narayan has said that IT companies in the state are ready to close their offices. He has allowed employees to work from home.
J11 cases of J coronas have been reported positive in the state. Of them, 6 cases have been registered in Ahmedabad alone. While in Vadodara another new case is coming out, there are three positive cases in the city. There are positive cases in Surat and Rajkot.
The number of positive cases of Corona virus is increasing day by day. One case has been registered in Rajkot-Surat of Corona virus and 3 cases in Vadodara, 1 case positive in Gandhi Nagar, Ahmedabad. Then there is the worry of the citizens. Thus, if all the cases are from Indians living abroad, no case has been registered among the locals. The state government is also making every effort to ensure that the cases of Corona virus do not increase.

Gujarat ma Corona ni Vadhu Mahiti medavva ahi click karo
The case of one Surat and one Rajkot in Positive New York, Finland, Spain, Saudi Arabia, Sri Lanka-London, 7 cases in Ahmedabad, 7 in Vadodara, 1 in Gandhi Nagar and one case of Corona is coming out in Gujarat. Today, the number of positive cases in the state has increased from 7 to 8, with one more case being registered in Vadodara. Thus three cases have been registered in Ahmedabad, three in Vadodara, one in Surat and one in Rajkot till date. It is noteworthy that so far, positive cases have been reported in all foreign nationals. With this, the state government has been equipped for four cities on Corona issue. Higher authorities and ministers have been entrusted with the responsibility of preventing coronary care from rising in major cities. Deputy Chief Minister Nitin Patel is leaving for Vadodara today. 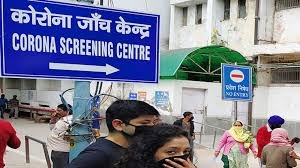 The outbreak of the corona virus, which kills thousands of people, is likely to begin with an outbreak. Complete movements of people are being stopped in one country after another. The government has opened the treasury to save the declining economy. Corona virus is not so prevalent in India right now. In case of non-control, India is a month away from Italy and 15 days away from the US. In fact, although China is a neighboring country, migration of people to Asian countries is limited. Even in countries like Iran and Italy, people have less migration. In these countries, the virus is spreading rapidly after China.
The Economist has in-depth analysis of the economic impact the world has had on Corona. The magazine states that India is not facing the right situation because of the small number of positive cases.
Gujarat ma Corona Virus Mate kaya Hospital ma madse sarvar juvo hospital nu list
From the Corona virus to Friday, 182 countries have been hit. So far 11,186 people have been killed. While 275,125 people have been reported to have infected. The good news is that 90,603 patients have recovered in the meantime. In Italy, in the last 24 hours, there have been 627 fatalities, exceeding 4,000, 4,032. Another 149 people have died in Iran. In Spain too, the total death toll has risen to 1,000 from 1,043 in the last 24 hours to more than 212 deaths. The number of infected people has increased to over 500 in Pakistan.
The situation is worsening due to lack of doctors and medicines in the country. A large number of people gathered for prayers in Peshawar, Pakistan, amid the dire situation of the Corona transition. Meanwhile, the World Bank will provide $ 23.8 million and Asia Development Bank (ADB) $ 35 million to help Pakistan fight Corona.
The entire California lockdown: All 45 million people are ordered to close their homes. The entire state of America has been locked down for the first time.
On the other hand, the statement issued by the Iranian government has also heightened public concern. Iran's health department says an infected person is dying every 10 minutes in the country and a new case is coming up every 50 minutes.
Read click here
Gujarat Corona Case : 13 positive cases Registered 2020-03-21T03:32:00-07:00 Rating: 4.5 Diposkan Oleh: Niya