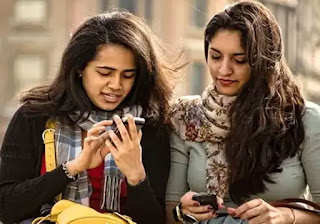 Vodafone-Idea is going to make a big bang for its customers.  The company has doubled its data on some of its recharge plans.  Vodafone - Idea has increased 1.5GB of data per day on some plans.  The company is now offering 3GB of data per day on plans priced at Rs 249, 399 and Rs 599. The recharge was previously available for 1.5GB of data a day.  The validity of the Rs 249 plan is 28 days, while the 399 plan has a validity of 56 days and the validity of the plan of 599 is 84 days.  This plan will get 3GB of data per day. New Offer and Vodafone and Idea for both Prepaid Users  The plan will benefit from the plans offered at 249, 399 and 599. This offer is available for 22 telecom circles.
The benefit of free calling on any network

Apart from the data, all three recharge plans will have the benefit of unlimited voice calling on any network.  The plan will allow 100 SMS per day.  And get an OTT App subscription.  Vodafone users will get free access to the Vodafone Play app.  So Idea's prepaid customers can enjoy free content on Idea Movies and TV mobile apps.