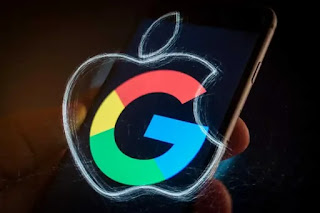 American technology company Apple and Google are working on the Corona tracking system.  Thus many applications and websites have been created about Covid-19.  These apps have government and private apps.  But these systems from Google and Apple are preparing to turn your smartphone into a Corona tracker.  Apple iOS and Android smartphones are the highest in the world.  The Corona Tracker Direct can be offered in Android and iOS.  Google and Apple are working on a smartphone-based integrated Corona tracker.  Google and Apple Corona Tracker are ready to launch together with iPhone and Android smartphones
They may be open for an update in early May.  This corona tracker, created by Apple and Google, will work on rolling proximity, which will facilitate the transfer of information transmitted over Bluetooth.  If the smartphone user keeps the Corona tracking program enabled then the Corona sufferer will inform the user if he or she comes close to the user. As a first step, Apple and Google will release the Application Programming Interface (API) that will distinguish between Android and iPhone.  Government health agencies will be able to use this API for contact tracing applications, so that people will be informed that they have been exposed to Corona Patients.  However, with regard to privacy, other users who have corona features will be informed by the user but will be coded.  If a close contact comes to the corona, he or his doctors will upload these details to the central system, which is administered by the Ministry of Health.
After logging into the Corona Patient's detailed database, the system will contact all identifiers who have been exposed to or around Corona Patient within 14 days.  Based on this, others will be told that you may also have a corona.  He will then be told what to do next.  Apple has told The Verge that users will be given an opt-in option after updating the phone with software with the latest version.  The user will be able to use this option.  Only if users say yes will start sending Bluetooth signal to other nearby smartphones and will also record Bluetooth signal from other phone.