The uncertainty over extending the 21-day ockdown, supposed to end on April 14, seems to be creating confusion among policymakers in the railways and aviation.
Officials in the civil aviation ministry said while there was little chance that air transport would be allowed to resume on May 03, lack of an official circular kept the commercial departments of airlines in a tizzy. The result is that all airlines except Air India are still selling tickets for flights from May 03.
“The government should be more proactive regarding such decisions. If we don’t book tickets anticipating a ban we will lose out on revenue. If we sell and then have to cancel flights, we will face passenger ire. Bureaucrats should have some sensitivity to how businesses are done,” an airline executive said.
With airlines having decided to offer no refund on tickets for cancelled flights, lack of an official decision means that passengers who had booked tickets are kept wondering about whether they will fly.
According to the Indian Railways, no decision has been taken on starting passenger services again, though it resumed ticket booking for journeys from April 15.
From April 1 to 11 this year, 670,295 tickets were booked, down 93.5 per cent from more than 1.03 million during the same time last year.
Executives of airlines said forward bookings had been abysmally poor, with customers holding on to their travel until a decision came. “In the past four days, only 14 tickets have been sold over the network. I don’t expect things to improve in six months,” an executive said.
Distancing norms like keeping middle seats empty mean airlines will be able to operate at a capacity of 60 per cent.
Revenue through the passenger reservation system (PRS) declined to Rs 78.86 crore, down 93.2 per cent from Rs 1,159.57 crore during the April 1-11 period in 2019-20.
Click here To Read In Gujarati
Big News On Train And Air Transport In Lockdowns 2020-04-22T22:46:00-07:00 Rating: 4.5 Diposkan Oleh: Niya 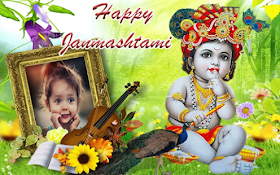