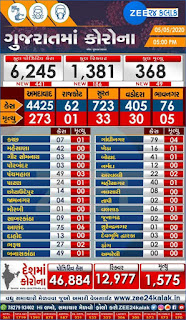 Ahmedabad. The first case of corona has been reported in Junagadh district. At the same time, 32 districts of the state have been affected by Corona and only Amreli district is without Corona. In addition, one case was reported in Gondal and one in Bhavnagar, bringing the total number of positive patients in the state to 5,807. As many as 1195 patients have recovered and returned home. State Police Chief Sivananda Jai ​​said that arrangements are being made to send people from other states who want to go home to the respective states. This process may take a few days as the number is high. In the meantime, there is an appeal to cooperate with the system, not to clash with the police or the system and to wait patiently for a while. Conflict with the system will not be dealt with. The police will take action using the law as strictly as possible. A total of 204 people have been arrested in the clashes that took place in Palsana, Surat yesterday. People who want to go home are again appealed to cooperate with the police and the system so that they do not reach the jail and reach their homeland in peace. 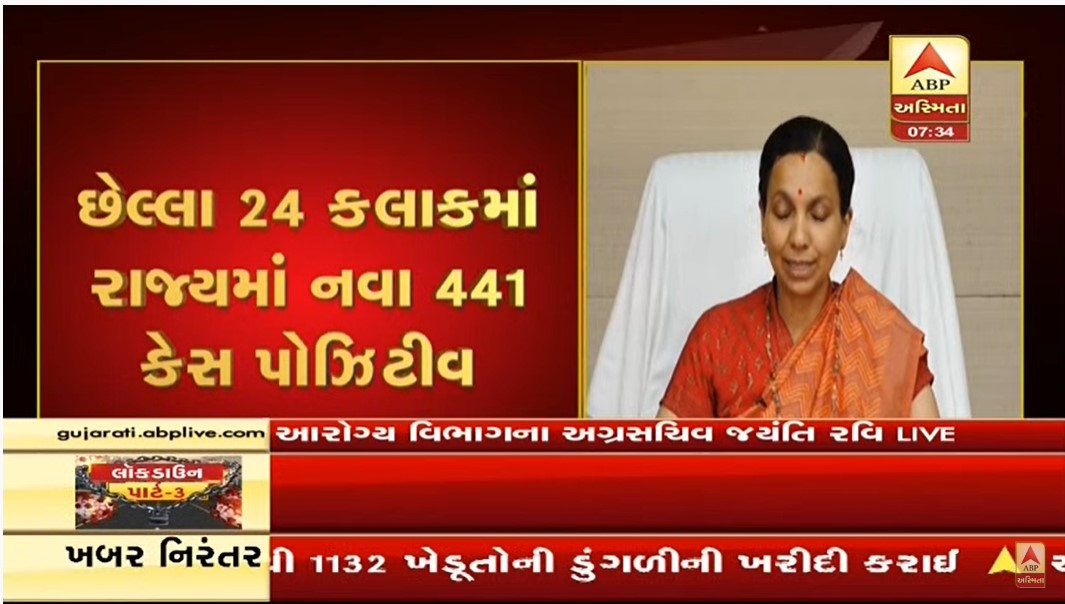 All important events recorded since the morning of May 5th

Today another 12 trains will run and the workers will be sent home: Ashwini KumarChief Minister's Secretary Ashwini Kumar said that action has been taken to repatriate workers from Gujarat for employment. The workers need to be patient. The state government will make all the arrangements. So far, 3.5 lakh people have been repatriated from the state. Trains and private vehicles have been provided for this purpose. So far, a total of more than 42,000 workers have been repatriated through 35 trains. In which a total of 28 thousand workers were sent home in 23 trains and today eight trains from Surat, two trains from Viramgam and two trains from Ahmedabad will run.

The government reduced the fuel surcharge by 16 paise per unit
The state government has reduced the fuel surcharge to ensure that consumers in the state get electricity at cheaper rates and the burden of power generation costs is not borne by the consumers. In this regard, Energy Minister Saurabh Patel has said that the fuel surcharge levied on consumers by state government-owned power companies has been reduced by 16 paise per unit. As a result, more than 1.30 crore customers in the state have been given Rs. 310 crore relief. This benefit will be available during the quarter April to June.
Going to Saurashtra from Surat will be approved by the Collector, registration will start from tomorrow
Going from Surat to Saurashtra will be approved by the Collector from tomorrow. Registration will start from tomorrow to send jewelers and embroidery artisans home in Surat. All will be allowed by luxury bus and sent to their hometowns. Going home is a mandatory 14-day home quarantine. For the first four days only luxury buses will be allowed. Private vehicles will then be allowed. Check posts will be set up at Olpad and Delad. Buses will be dispatched after screening of passengers.

There were long lines outside the liquor shop in Diu
Liquor shops have been opened in Diu since yesterday. There have been long lines at the liquor shop since this morning. Maintaining social distance, people stand up to take alcohol. The sale of liquor has been started in the presence of the police with long lines just like the necessities of life.

All the entrances of Sector-5 in Gandhinagar are closed

In Gandhinagar, all avenues of entry into the sector have been closed by the Sector 5 Colony Board to prevent the spread of Corona infection. The road with CNG pumps only has been kept open for hours. In the morning, people are told to go to the milk centers to get milk wearing a mandatory mask and observe social distance.
In Gujarat, death cases increased by 239% in 10 days
The state recorded 127 deaths on April 24. By May 4, the figure had reached 319. 192 deaths in 10 days. 19 deaths per day on average. The death toll has risen by 239 per cent in the last 10 days, more than Mumbai. After April 24, the number of positive cases increased by 189%. As on April 24, there were 2815 cases in Gujarat. 5804 on May 4th. 2989 cases advanced. The doubling rate has also gone up to 9.5 in 10 days.