Home / NATIONAL NEWS / In a meeting with PM Modi, these 4 states appealed to increase the lockdown.

In a meeting with PM Modi, these 4 states appealed to increase the lockdown.

In a meeting with PM Modi, these 4 states appealed to increase the lockdown.

Prime Minister Narendra Modi today held a meeting with the Chief Ministers of all the states to know what will happen after the lockdown Part 3 as well as the situation regarding Corona in the states.  News is coming that Bihar CM Nitish Kumar has demanded an increase in lockdown.
He said if the lockdown remained open, people from outside would come to Bihar and the crisis in Corona would escalate.  Meanwhile, Mamata Banerjee has targeted the Center in a meeting with the Prime Minister.  He said the center should maintain the federal structure and not politicize the Corona.
Significantly, as the lockdown is coming to an end on May 17, today is the fifth time PM Modi has held a meeting with state chief ministers via video conference.  Sources are getting information that Gujarat is not in favor of increasing the lockdown.
Lockdown should not be increased: Gujarat
In a meeting with PM Modi, these 4 states appealed to increase the lockdown
India's feat against Corona: Indigenous kits reporting in 90 minutes will cost just that much
Something like this is written in three letters on the zip of each jeans, find out what it means
The CM of Tamil Nadu said regular trains and air services should not start by the end of this month.  At the same time, according to sources, Gujarat no longer wants to increase the lockdown.
200 days employment in MNREGA - Bhupesh Badal
Chhattisgarh Chief Minister Bhupesh Badhel said that during a conversation with Prime Minister Narendra Modi through video conferencing today, he demanded that the state government be empowered to take decisions on the management of economic activities in the state.
Chhattisgarh Chief Minister Bhupesh Badal
State governments should be given the responsibility of determining red zones, green zones and orange zones related to corona infection.  Regular train and air service, inter-state bus transport should be started with the advice of the state government
He said MNREGA should give 200 days salary.  In addition, financial assistance of Rs 30,000 crore should be provided for the management of relief and welfare schemes.
Chief ministers of 4 states demand increase in lockdown
The CMOs of Maharashtra, Telangana, Punjab and Bengal have demanded PM Modi to increase the lockdown.  Maharashtra Chief Minister Uddhav Thackeray has also demanded an increase in the lockdown.  He said it was not possible to move forward without increasing the lockdown.
The Telangana CM had demanded an increase in the lockdown and said there was a risk of Koro transition by operating a passenger train.  With this, Rajasthan Chief Minister Ashok Gehlot said that the red zone should not be allowed to go into the green zone.
Rajasthan Chief Minister Ashok Gehlot
The CM of Punjab supports increasing the lockdown
In a meeting with Prime Minister Modi, Punjab Chief Minister Capt Amarinder Singh has endorsed the lockdown addition.  He said that in order to save the lives of the people, financial assistance should be provided for three months.  Captain Amarinder said a strategy should be devised for testing.
Along with this, he also demanded the central government to formulate a proper exit strategy to protect the lives and lives of the people during the lockdown.  Capt Amarinder Singh told the Prime Minister that state governments should have the right to determine green, orange and red zones within the states.
CM Captain Amarinder Singh of Punjab
Bihar CM Nitish Kumar in favor of increasing lockdown
Bihar Chief Minister Nitish Kumar said in a video conference with PM Modi that the Bihar government was in favor of increasing the lockdown.  He said the Bihar government believes that the influx of large numbers of people into the state after the lockdown is lifted could exacerbate the Koro crisis.
Researchers suggest that officers make preparations to deal with circumstance 2, which is the worst case scenario.  Assume that no vaccine or animal husbandry is currently available.
The study said governments should plan in the belief that the epidemic will not end soon.
News Report Gujarati: Click Hare
In addition, preparations need to be made for the next two years, with the possibility of the epidemic rising from time to time.
In a meeting with PM Modi, these 4 states appealed to increase the lockdown. 2020-05-11T18:45:00-07:00 Rating: 4.5 Diposkan Oleh: Niya 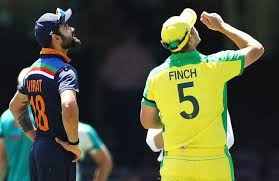