A blueprint has been prepared to open a lockdown in Gujarat between Corona and Kaher. In which the plan has been prepared as per the guideline of the center. For which the Gujarat government has received reports from high officials of cities and districts. Based on which the release will be started in two days. Consideration is also being given to start a school college, especially with industry and business, in which schools may be ordered to open in the second week of June and all students to wear mandatory masks. 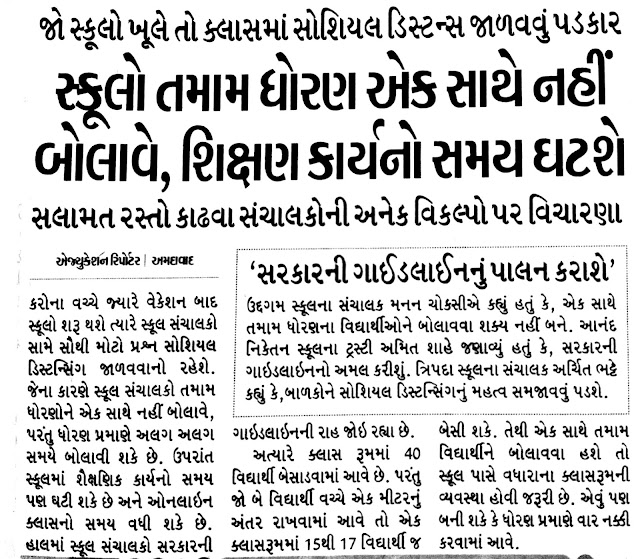 Concession / 18th will ease the lockdown in Gujarat, schools and colleges can only open in the second week of June
Click here to view news report 1
Click Here For News Report  2