The income tax department had earlier withdrawn ITR form 1 and ITR form 4 to incorporate changes made in income tax rules in the wake of the Covid pandemic. "The new forms require a separate table to disclose tax saving investment made in Q1 2020 for availing them in FY 2019-20. 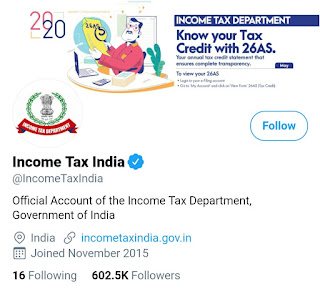 Important Link :Read News : From HereDownload pdf : From HereITR-1. An individual with a brought forward/carry forward loss under the head 'Income from house property' can no longer use ITR-1 to file his/her income tax returns. In case the house property is rented out, the taxpayer will have to provide the name and PAN or Aadhaar of the tenant in the ITR-1.In the forms notified by the government, taxpayers will now have dedicated space in each of the ITR forms - Sahaj (ITR-1), Form ITR-2, Form ITR-3, Form ITR-4 (Sugam), Form ITR-5, Form ITR-6, Form ITR-7 and Form ITR-V – to describe investments of expenditures made by them during the quarter ended June 30. These will get counted in deductions or exemptions.Earlier this month, Finance Minister Nirmala Sitharaman had announced that due date for filing all income tax returns has been extended further from July 31 to November 30. The Centre had earlier extended the deadline for receiving Form-16 from 20th June 2020 to 30 June 2020 via an ordinance dated March 31, 2020.
Changes in ITR 1 Form. What's the Changes. 2020-06-03T21:34:00-07:00 Rating: 4.5 Diposkan Oleh: Niya