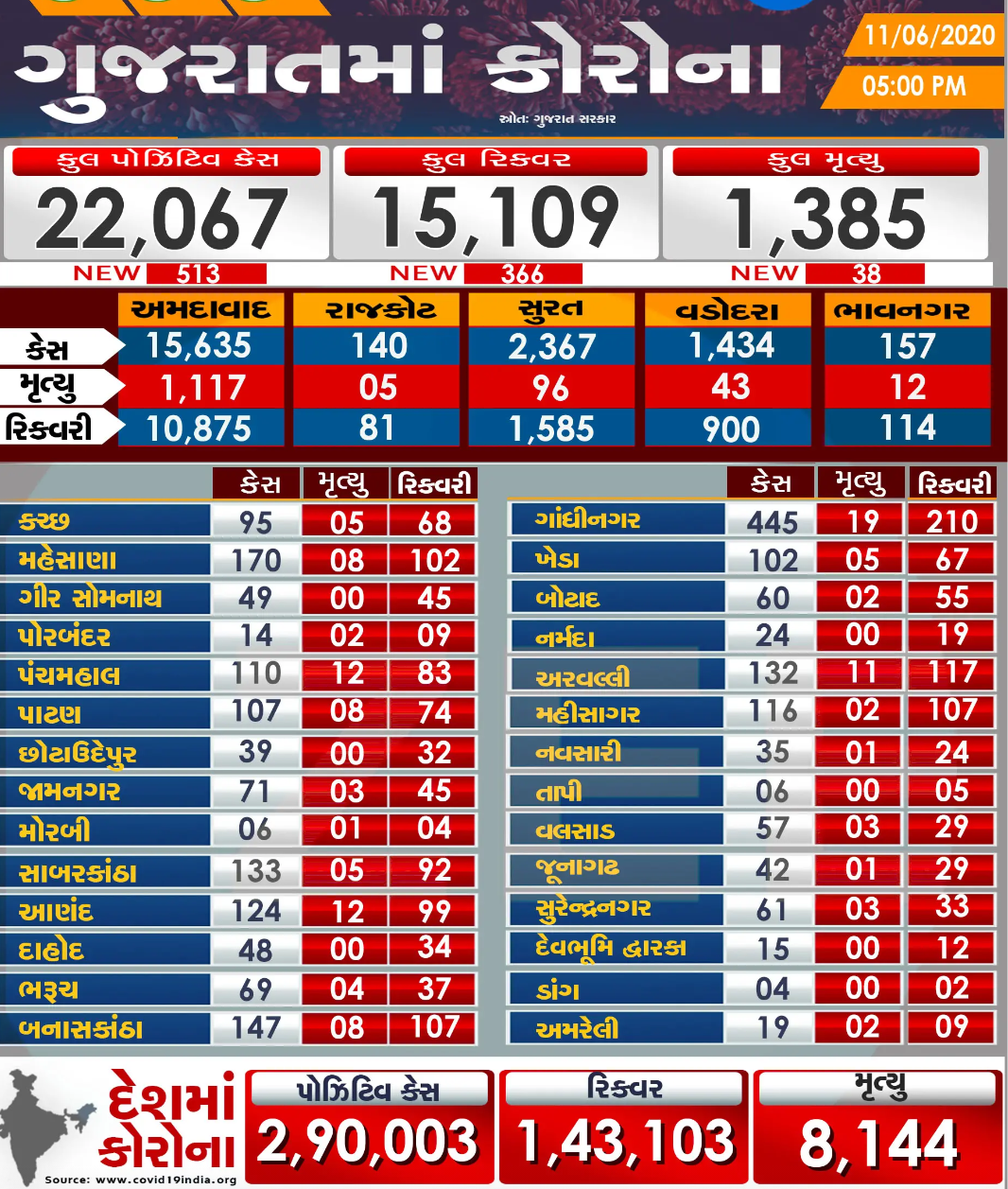 
Join my Whatts up Group

The police investigation has revealed that Nileshbhai, who committed suicide, was the younger of two brothers and unmarried. He lived with his family including mother Jaswantiben, father Hasmukhbhai Prabhudas Sanchala and brother and was staying at DN Road, Dharmendra Road. A tailor by the name of Taylors was doing retail work of repairing readymade garments in a rental shop. The lockdown caused economic hardship and he took poisonous drugs as he was fed up with not being able to work even after opening. Said his relatives. In both the incidents, ASI Narendrabhai Bhadrecha (Kharwa) of Bhakitnagar took necessary action.
Gujarat corona Update date 11-06-2020 2020-06-11T07:43:00-07:00 Rating: 4.5 Diposkan Oleh: Niya