Modi government's consideration to lay off 5 lakh central employees? Find out what's in the news.

Modi government's consideration to lay off 5 lakh central employees? Find out what's in the news. 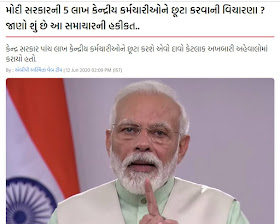 The press release claimed that the personnel of the Central Government's personnel, arms manufacturing and railway departments would be targeted and released. The report claimed that the personnel department had sought details of all employees who had served for more than 30 years or were over 55 years of age. These employees will be fired by law. The retirement age is now 60 years but five years ago he will be retired and the pension will be less, the report claimed. 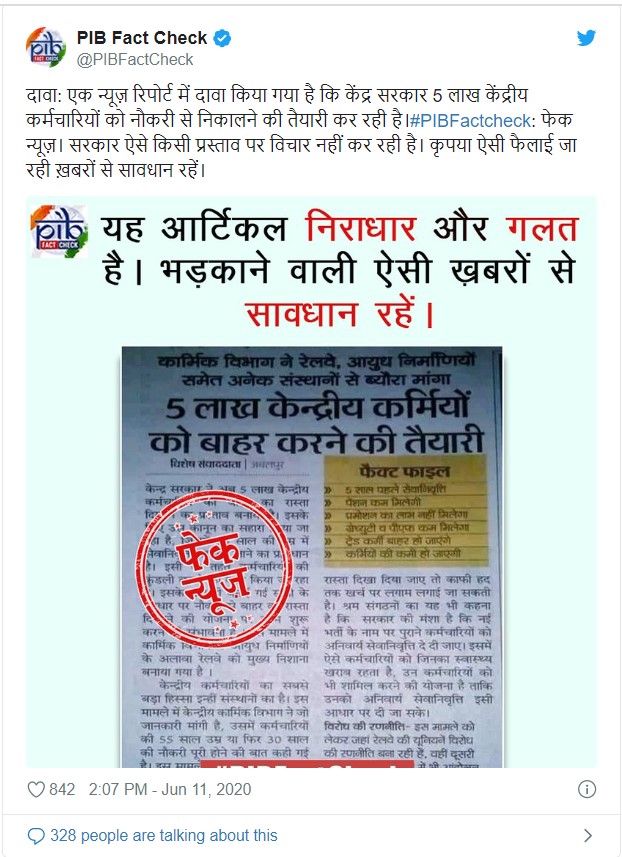 
It was also claimed that these employees would get less gratuity and pension and would not get the benefit of promotion. The fact check of the Press Information Bureau (PIB) of the Government of India has clarified that this news is totally false. The news spread on social media is totally false and the central government is not considering any such proposal, so please beware of such false news.