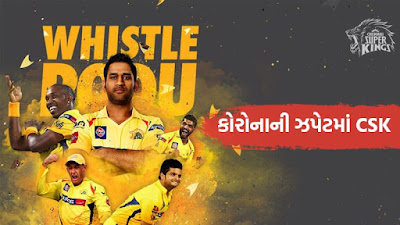 Before the start of the 13th season of the Indian Premier League, reports have surfaced in the media that the team of Chennai Super Kings (CSK) has been attacked by Corona. According to Network 18, Corona's report from one CSK player and 12 support staff members came back positive. Those who came positive are in stable condition and have been isolated. As well as the whole team has been asked to stay in the quarantine.

ESPN, on the other hand, said that a minimum of 10 support staff, including one Indian player, were found to be positive. According to the Times of India, none of the support staff is positive. Two net bowlers and a member of the social media team have come out positive.
MS Dhoni's team CSK reached Dubai on the 21st and stayed in quarantine for 6 days. Support staff and players have had their training canceled after Corona's report came back positive. CSK's official statement is now awaited after various reports circulating in the media.