The most successful fantasy sports platform in India 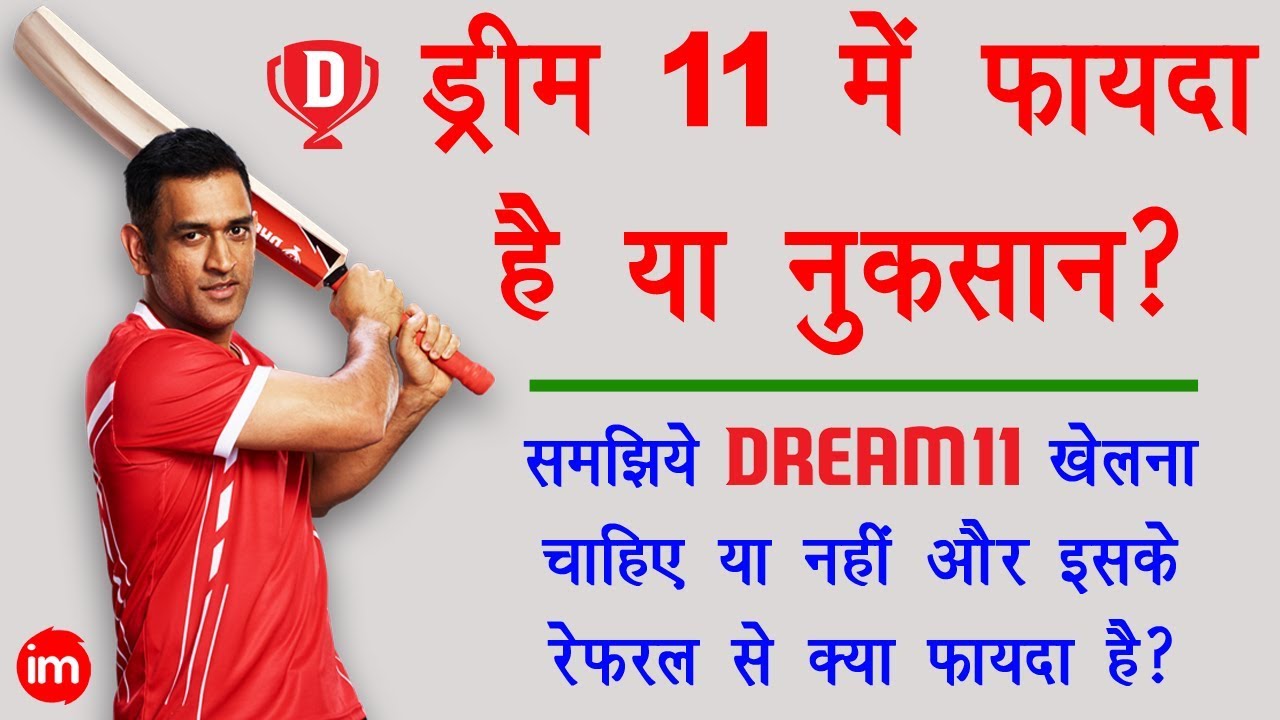 Dream11 is a free fantasy sports game app that allows you to create your own virtual teams for various real-life sports and pit them against each other in your very own hosted tournaments. The mobile app developed by Stic Bold and the original online platform created by Harsh Jain and Bhavit Sheth in 2008, Dream11 lets you have fun with fantasy sports teams and even gives you the opportunity to win prizes against other Dream11 players and their teams.

A fantasy sport is a type of online game where you can assemble imaginary or virtual teams of real-life players of a professional sport. These virtual teams compete based on the statistical performance of those players in actual games—something that’s been coded into the game itself in order to give it more realism. In fantasy sports, the team owner—or rather you, the player—can draft, trade, and drop players from the team, which is pretty much what happens in real-life sports.
The appeal of fantasy sports lies in its convenience: you don’t have to wait for any official matches between teams to see who will win. Fantasy sports games allow you to more or less simulate competitions in order to see who has a better chance of grabbing victory. Of course, most of these matches are strictly conjectural and there’s always a chance that your bet won’t pull through—which makes this type of game all the more challenging for players.
Build your dream team
In Dream11, you can play fantasy sports to your heart’s content. Dream11 started in India and allows you to play fantasy cricket, hockey, football, kabaddi, and basketball through your chosen players. These players are the video game versions of their real-life athlete counterparts. You can’t control them the same way you can with sports video games like the NBA series and the FIFA series, but their real-life stats are used by the game’s AI in order to play the matches for you instead.
All you need to do is assemble your dream team or even just pick two teams that you’ve always been curious about and Dream11 will do the rest. Don’t expect much action, though—Dream11 acts more of a betting game than video game that lets you watch the matches unfold. And speaking of betting, this feature is what made Dream11 such a hit in India.How to Make Money with Dream11 - ड्रीम 11 से पैसे कैसे कमाये जाते है? | Full Guide Step by Step
Dream11 offers free and paid contests—some of which will allow you to win cash prizes. You’ll have to be 18 years old and above and pay a certain fee to join them but you can make quick winnings once you start learning the nuances of betting right. With this, you can compete with other Dream11 players and get the chance to top the daily leaderboard rankings.
Take your pick
Dream11 is a pretty successful platform, especially now with a mobile app. However, you’re advised to only play this if you’re of legal age, as this is pretty much a virtual form of gambling. Fantasy sports like Dream11 are still considered legal in most places since you need some measure of skill to win your matches but you’re still pretty much betting wagers of real money. If you like creating virtual teams and testing them, however, this is an acceptable alternative to some of the other fantasy sports games.
Dream Team Comes True
Dream11 Fantasy Sports is a sports game by Dream11. The sports game allows players to form their very own fantasy sports team. It covers 4 sports genres for accommodating every kind of sports fans.
Simulated Matches
Dream11 Fantasy Sports combines the thrill of fantasy sports and decision making. It has a very simple user interface for convenient navigation and seamless gameplay. Players must first register by using their mobile phone number or connecting their Facebook or Google account. Anyone who received a referral code from their friends can also register. Successful registration will give players exclusive features such as bonus starting cash upon referring to other friends, as well as gaining or following other players. Players can select any upcoming matches. Each match indicates who are the competing teams as well as when will the match begins. Some matches are not selectable until they are opened for the right time. The next step is creating the team. Each team has a maximum athlete number. Athletes are divided according to their roles but rival teams are mixed together. For example in cricket, athletes are categorized as wicketkeeper, batsmen, all-rounders, and bowlers. Players are given a limited amount of credits and they can assign credits to the athlete of their choice. Then a preview of selected athletes will be shown to them. Players have to assign which athlete will be the captain and vice-captain. The captain will receive 2x points and the vice-captain will get 1.5x points only if they win. The last part is joining a contest. A list of the points system is accessible before proceeding to any available contest. Players can select which contest would they like to participate along with the amount of money they are ready to wager. Anything that they win in a match can be used for next matches.
Download the Official App
More Than A Fantasy Game
Dream11 Fantasy Sports offers a decent fantasy sports platform for mobile devices. Players can enjoy fantasy sports involving cricket, basketball, football and hockey. They can wager higher stakes for higher rewards, ideal for more matches to come.
Download Dream11 Vivo IPL Official Partner Fantasy Sports APK 2020-09-19T02:15:00-07:00 Rating: 4.5 Diposkan Oleh: Niya