The Shape of Water won the Oscar for Best Picture at the 80th Grand Prix held at the Dolby Theater in Los Angeles, California, while Guillermo del Toro won for Best Director for Shape of the Water. Shape of the Water, which received a total of thirteen Oscar nominations, received four Oscar awards. The Oscar Awards, held in February each year, were held in March due to the Winter Olympics this year. Jimmy Kimmel also hosted the Oscars this year.Towards the seed, India was disappointed in this Oscar. The Chilean film A Fantastic Woman won an Oscar in the category of Best Foreign Film. Victoria & Abdul, on the other hand, who received nominations in two categories, also did not receive any award. The film stars Indian actor Ali Fazal and famous British actress Judy Dench in the lead roles. Anupam Kher's film The Big Seek was also nominated in one category but did not get an Oscar.Gary Oldman won Best Actor for his role as British Prime Minister Winston Ricciel in the film Darkest Hour, while Frances McDormant won Best Actress for Oscar for Three Billboards Outside Ebbing Missouri.
આ  જુવો-*ફિલ્મનું નામ : મેડમ ગીતા રાણી* 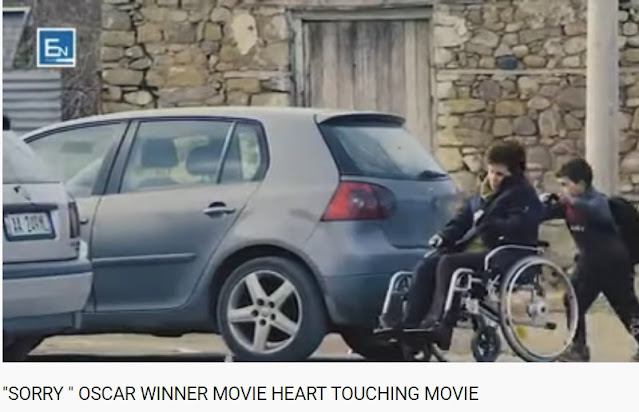 The most expensive gowns and sheer gowns swayed on the red carpetJennifer Garner, the ex-wife of actor Ben Affleck, created a sensation on the red carpet by wearing a gown worth ૮ 25,000. Jennifer, 4, wore a cobalt blue sleeveless gown. Albanian singer Bliona Carretti, a 6-year-old singer, wore a very transparent gown and created silence on the red carpet on Sunday evening. All eyes were on him as he tried to cover the raised area with a golden circle. Demonstrating his dehlality, he tried to justify his Madonna of Albania title.
List of Oscar winners in the NavyBest Film - The Shape of WaterBest Direction - Guillermo del Toro - The Shape of WaterBest Actor - Gary Oldman - Darkest HourBest Actress - Frances McDormant, film Three Billboards Outside Ebbing MissouriBest Actor in a Supporting Role - Sam Rockwell, Film Three Billboards Outside Ebbing MissouriBest Actress in a Supporting Role - Alison Jenny, Flemy Eye, TonyaAdapted Screenplay - Film Call Me By Your Name, James IvoryOriginal Screenplay - The film Get Out, by Jorgen PillayForeign Language Film - A Fantastic Woman (Chile)Animated feature film - Coco, Lee Ankrich and Darla K. AndersonAnimated short film - Dear Basketball, Glenn Kinney and Kobe BryantDocumentary Feature - Icarus, Brian Fogel and Dan CoganDocumentary short - Heaven is a traffic jam on the 303, Frank StiffelCinematography - Film Blade Runner 202, Roger DickinsonVisual Effects - Film Blade Runner 303, John Nelson, Paul Lambert, Richard Hoover & Jared NefgerProduction Design - The Shape of Water, by Nathan Robitel and Nelson FerreiraCostume Design - Phantom Thread, Mark Bridges
Whose dress sense was good or bad at the 70th Oscars?The dresses of Salma Hayek and Hoopi Goldberg have been the subject of criticism this year due to their flamboyance of colors, while Adam Ripo caused controversy by wearing a leather harness on the red carpet. Viola Davis' dress was also heavily criticized. However, the most talked about dress this year was 3-year-old Rita Moreno's dress. Rita, who won the Best Supporting Actress award for her 19th film West Side Story, made history by wearing the dress she wore at the time this year. Rita Moreno modified the gown of the 19th and wore it to make it more modern.
Various records set at the 20th OscarsFor the first time this year, a transgender actress Daniela Vega presented the award. This year too, Meryl Streep received a nomination in the Actress category. Meryl Streep has set a record of 21 Oscar nominations, although she has won three Oscars for Best Actress.Speech given to Raquel Shanto in sign language!Raquel Shenton, a 20-year-old Oscar winner for Best Live Action Short film The Silent Child, won the hearts of deaf people around the world with her speech in British Sign Language. The film Silent Child tells the story of a six-year-old deaf child. Raquel promised the six-year-old Maizi Sly that she would give her speech sign language if she won the Oscar. He said in his silent speech that deafness is a silent paralysis. You cannot see or hear it. Millions of children around the world suffer from this disability and have difficulty accessing education due to deafness.
IMPORTANT LINKS YOU TUBE VIDEO
The Shape of Water Best Film and Gary Oldman Best Actor at the Oscars 2020-10-16T01:52:00-07:00 Rating: 4.5 Diposkan Oleh: Niya