Home / NATIONAL NEWS / 164 Vaccines in the World In the Pre-Clinical Phase, Know When the Vaccine Coming to the Country Will Come?

164 Vaccines in the World In the Pre-Clinical Phase, Know When the Vaccine Coming to the Country Will Come?

164 Vaccines in the World In the Pre-Clinical Phase, Know When the Vaccine Coming to the Country Will Come?

Vaccine Count Down: 164 Vaccines in the World In the Pre-Clinical Phase, Know When the Vaccine Coming to the Country Will Come?

The vaccine reaches us after going through 6 stages, the vaccine being developed in the country in the third stage.

How long will the corona vaccine last? This question is on everyone’s mind this year. According to the WHO, efforts are underway to develop vaccines in more than 212 places, including India. The vaccine is still in the pre-clinical phase at 164 of them. In some places the vaccine has reached the phase of clinical trials. There are 21 vaccines that are in the Phase 1 trial. 16 vaccines are in phase 2 trials. There are 11 places where the vaccine is in the final stages of the trial. 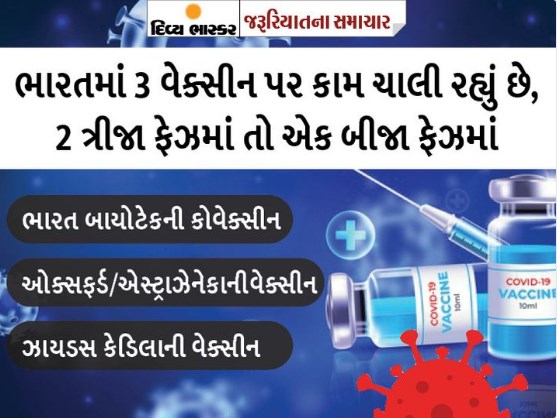 Speaking of India, the director of AIIMS (All India Institute of Medical Sciences), Dr. Randeep Gularia also hopes to get the vaccine in January 2021. Corona can be got rid of in 1.5 years worldwide.

Pfizer and Bioentech claim: Our vaccine is in the approval stage The first vaccine was claimed on November 9, 2020 by Pfizer and Bioentech, one of the world's largest pharmaceutical companies. Corona's first vaccine is almost entirely effective in preventing infection, the company says.

The company can apply for its use by the end of November. According to the report, the vaccine has been tested on 43,500 people in 6 countries.

This is the first vaccine in the world that has shown results. The vaccine has been tested in the United States, Germany, Brazil, Argentina, South Africa and Turkey to develop antibodies against the virus in 90% of people.

Work is underway on 3 vaccines in India 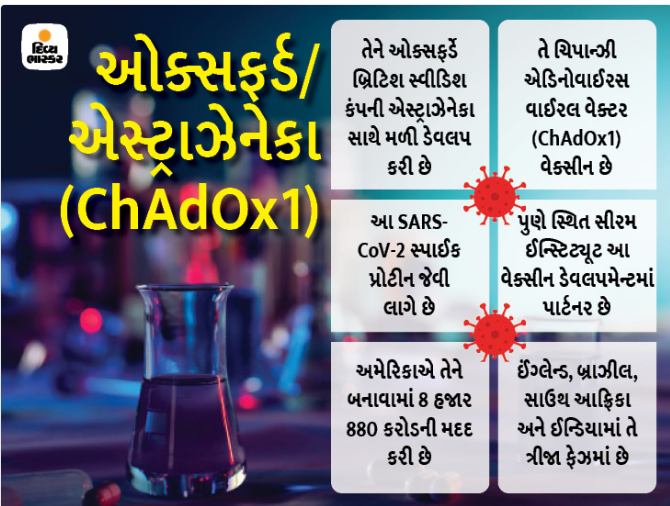 1. In the third phase of Covexin clinical trial of Bharat Biotech 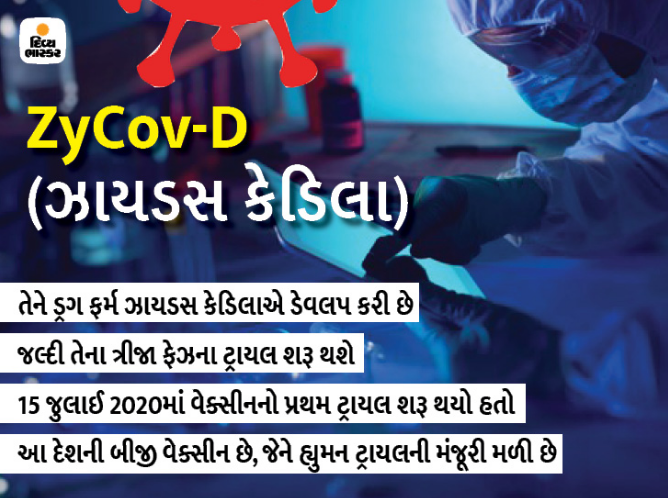 India has reached the final trial of Biotech Covacin. Covexin includes the Indian Council of Medical Research and the National Institute of Virology. There are indications that the results of his trial will come in December and January.

The vaccine has also reached the final trial. The Serum Institute of Pune is also involved in making it. The results of his clinical trial are expected by January 2021.