Home / healthtips / Frequent bathroom fainting and blurred vision are also symptoms of diabetes. Learn from an expert on how to control diabetes.

Frequent bathroom fainting and blurred vision are also symptoms of diabetes. Learn from an expert on how to control diabetes.

Frequent bathroom fainting and blurred vision are also symptoms of diabetes. Learn from an expert on how to control diabetes.

With 46.3 million people worldwide suffering from diabetes, 60% of patients have no symptoms at all

Diabetes is a disease in which 60% of patients do not show symptoms. In such a case, it is identified in two ways. First, based on specific symptoms and second from blood tests.

Understand the cause and type of diabetes first 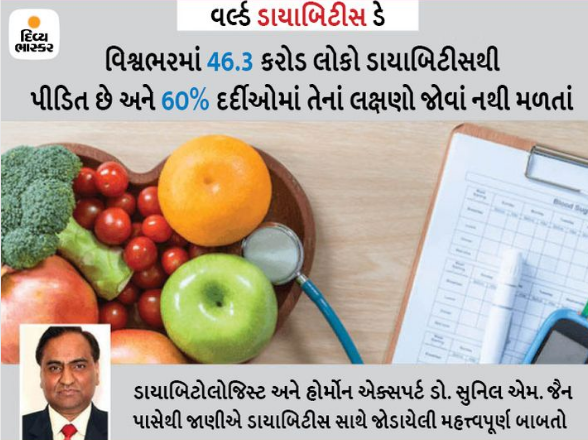 There are three causes of diabetes. The first is genetic, lack of physical exertion and the third is obesity. Fat around the abdomen is dangerous. Diabetes often occurs in a variety of conditions. E.g. - Diabetes during pregnancy, but then it gets better.

Causes and type of diabetes

There are two main types of diabetes.

Type 1: This is an autoimmune condition, meaning that your immune system attacks and destroys the beta cells found in the pancreas. These are the beta cells that make insulin. The body then stops making insulin.

Type 2: In this condition the body is unable to use insulin properly. This disruption stimulates the pancreas to produce more insulin, which meets the need for insulin, but after a few days the production of insulin begins to decline.

Lifestyle: Exercise 5 minutes 30 minutes a day even if you do not have diabetes.

According to the National Library of Medicine, insulin sensitivity increases as a person increases physical activity. The well-known Ville online library offers these tips on exercise.If you do not have diabetes: Exercise at least 30 minutes 5 days a week. These include high intensity aerobics three days a week and strength exercises two days a week.

If you have diabetes: At least 30 minutes of exercise is required five days a week. Exercise according to body capacity. Do mild resistance training with aerobics. 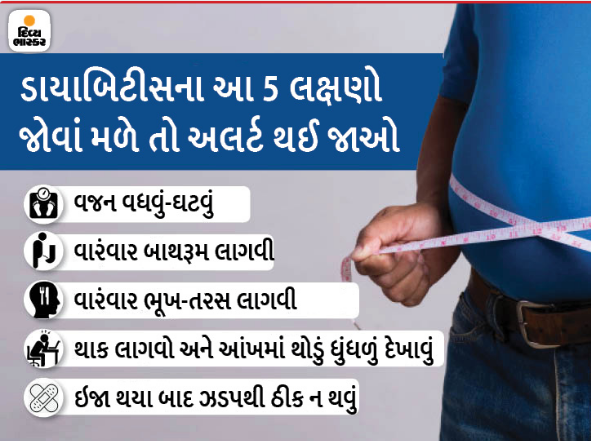 The best time to exercise

According to Harvard University, it is best for a diabetic to exercise one to three hours after a meal. Insulin is elevated at this time. Get your blood sugar checked before exercising. If the sugar level is 100, exercise by eating a piece of fruit, which can prevent hypoglycemia.

According to Oxford, sleep and insulin are closely related. The organization experimented on 16 people who were not getting enough sleep. When their sleep hours were increased by one hour it had a good effect on insulin.

This type of diet should be

Patients with diabetes should consume 25% protein and 25% adequate diet from a starchy diet without adequate calorie requirement. All types of beans, sprouted grains, egg whites in a protein rich diet are beneficial for diabetics. High-fat foods such as greens and salads also help control glucose.

Stay away from stress, as it affects blood sugar

Many studies have shown that stress releases certain hormones that increase the risk of developing diabetes. In such a situation yoga is the most accurate method of stress management. Doing regular yoga increases insulin sensitivity in diabetic patients. Increasing sensitivity means that the body will make better use of existing insulin.