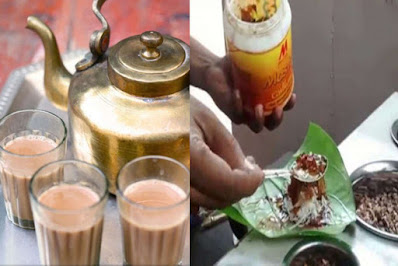 Important news for Surat / Tea Russia and Pan-Mawa binders, Galla-lorries will be closed for three days

In Surat Central Zone, it has been decided to close tea lari and pan galla for three days from today. The decision has been taken in the wake of crowds on tea lorries and leaf alleys

The leave of municipal employees has also been canceled. Action has already been taken against those who become super spreaders. The corporation has taken a decision as part of vigilance. In addition, a meeting was held between the Surat Municipal Commissioner and the Indian Medical Association

.A meeting was held between the Municipal Commissioner and the Indian Medical Association

In which it has been instructed to arrange a reserve bed for Corona in a private hospital. If Corona's case increases, it has been ordered to have adequate number of arrangements including oxygen and ventilator. It has also been suggested to plan accordingly if the situation worsens in the coming days. 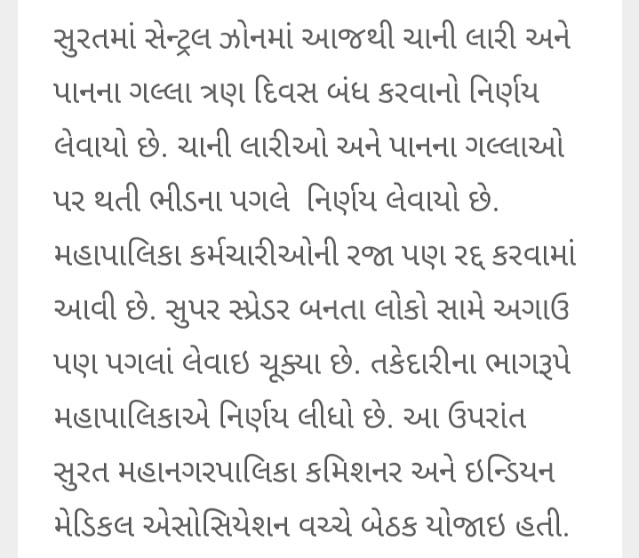 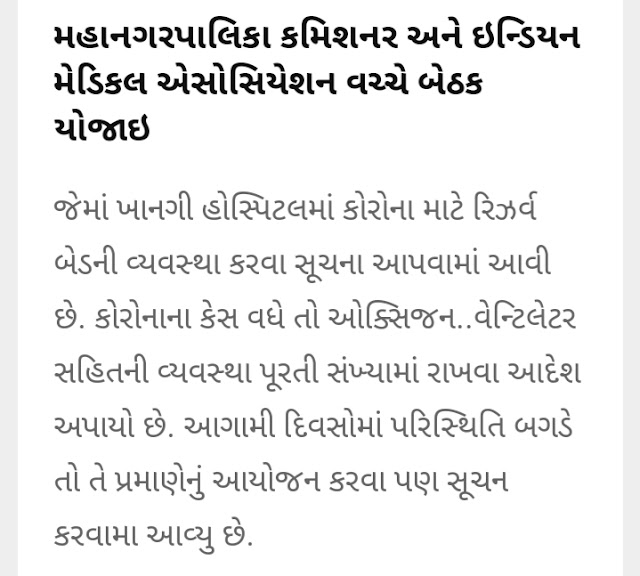 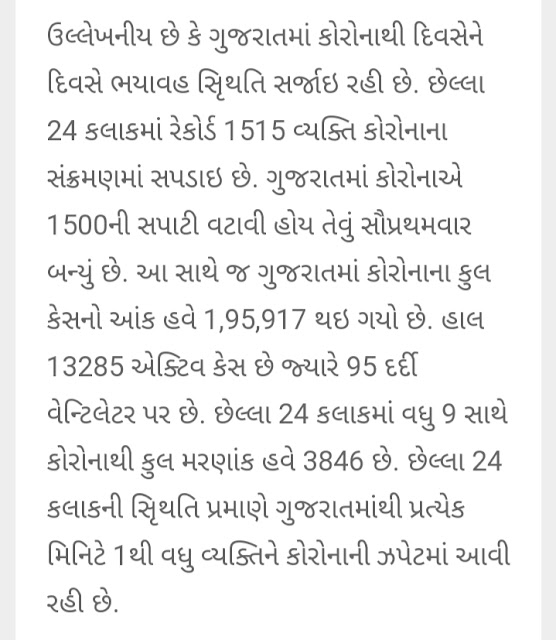 It is to be mentioned that a cowardly situation is being created in Gujarat day by day from Corona. A record 1,515 people have been infected with the corona in the last 24 hours. This is the first time in Gujarat that a Corona has crossed the 1500 level. With this, the total number of corona cases in Gujarat has now reached 1,95,917.

There are currently 13,285 active cases while 95 patients are on ventilators. The total death toll from Corona with 9 more in the last 24 hours is now 3846. As per the situation of last 24 hours, more than 1 person from Gujarat is being attacked by Corona every minute.In Gujarat, day by day, there is a terrible situation from Corona