Farmers' 'Bharat Bandh' tomorrow, important instructions given by the central government to the states

Farmers' 'Bharat Bandh' tomorrow, important instructions given by the central government to the states 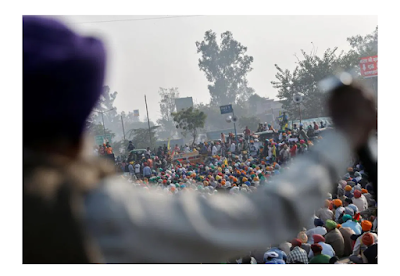 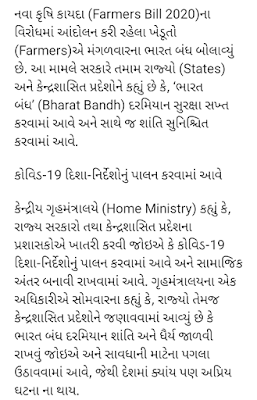 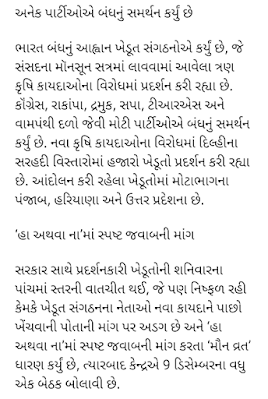 .Farmers protesting against the new Farmers Bill 2020 have called for a nationwide shutdown on Tuesday. In this regard, the government has asked all the states and union territories to tighten security during the Bharat Bandh and ensure peace at the same time.

The Union Home Ministry said that state governments and Union Territory administrators should ensure that social guidelines are followed and social distance is maintained. "States, as well as Union Territories, have been told that peace and calm should be maintained during the India shutdown and precautionary measures should be taken to prevent any untoward incident anywhere in the country," a Home Ministry official said on Monday.

Several parties have backed the closure

Farmers' organizations have called for a shutdown in India, protesting against three agricultural laws introduced in the monsoon session of Parliament. Major parties like Congress, NCP, DMK, SP, TRS, and Left forces have backed the shutdown. Thousands of farmers are protesting in the border areas of Delhi against the new agricultural laws. Most of the agitating farmers are from Punjab, Haryana, and Uttar Pradesh.

Demand a clear answer is 'yes or no'

The protesting farmers held a fifth-level meeting with the government on Saturday, which also failed as farmers' union leaders insisted on withdrawing the new law and observed a "silent fast" demanding a clear answer in "yes or no". One more meeting has been called.