Home / NATIONAL NEWS / RBI launches new Rs 20 coin, find out what the design will be like

'One day our coin will run all over the country' will be just a film dialogue for some people, but Swapnil, who lives in the Mungeli district of Chhattisgarh, has proved it.

One day our coin will run all over the country. For some, it will be just a film dialogue, but Swapnil, who lives in the Mungeli district of Chhattisgarh, has proved it. Now their creation will run in the country. Gee, yes the 20 rupee coin that will come in your hand recently is designed by Swapnil. This coin has been launched by PM Modi. 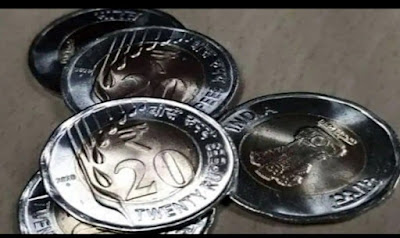 The Reserve Bank of India has recently launched a Rs 20 coin. It was designed by Sunil Soni, son of Mungeli. Swapnil, a former student of the National Institute of Designing (NID) Ahmedabad, designed the coin last year when the RBI sought an application to design the coin. The RBI selected Swapnil's design from applications received from across the country.

According to Swapnil, the coin designed by him is different from the rest of the coin. It has a glimpse of the Agriculture Minister of India and has 12 corners. Copper and Nickel have been used between the coins. What is special is that even a blind person can easily recognize it. On a separate part of the coin is inscribed Ashoka Pillar and its lower Satyamev Jayate. Ashoka has written India on the right and India on the left. The back of the coin is marked with Rs 20 in Hindi and English. 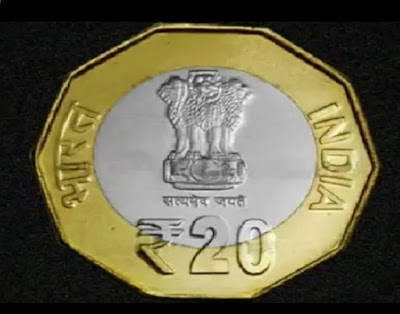 Swapnil is very happy that his designed coin will be seen all over the country. Swapnil has also got a prize of one lakh rupees for it. Virendra Soni's son Swapnil, who retired as a driver in Mungeli's excise department, has been interested in designing since childhood. His early education took place at the Saraswati temple in the village.

Swapnil is studying PG at the National School of Design Ahmedabad. The National School of Design Ahmedabad also participated in the competition when the Government of India handed over the responsibility of coin design to designing related organizations. If there is a competition among the students studying in this institute, the concept was given to Swapnil of Chhattisgarh for Rs. 20 was selected.

The Reserve Bank of India wants a nationwide application for the design of most currencies. If you have a hobby of designing and you have a good concept then your coin also runs in the country. 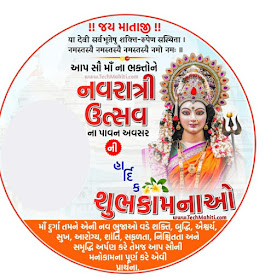