In this book we will read "5 Baharvatiya" of Saurashtra which was known as Kathiawar at that time. The 5 outsiders of the Saurashtra list are as follows.
Theology of Baharvatia

Objecting to oneself and the monarchy, any human being ignores the monarchy and takes a path outside the state, its name is Baharav (Va) TO. In English, it is synonymous with Outlaw: meaning one who is out of the realm of law, who refuses to abide by the law, and as a result is deprived of the protection of the law.


In the old days and in this era, in this country as well as in other countries, there are many outsiders, armed or unarmed. They have made successful or unsuccessful attempts to avenge their own injustice or to avenge their own revenge by inflating the monarchy. And after the implementation of the 'Dhara' of the British state, 'Baharvatu' has become a crime punishable by death under Section 161A of the Hindi Penal Code.

In the history of the country, the chapters of outsiders have become very interesting. The atmosphere of 'outsiders' is creepy. It is a confluence of many conflicting prices. The king is surrounded by the atmosphere of Vikrama and Vaibhav, the sage is surrounded by the pure peace of Tapovan, the scholar is surrounded by rasik vidvata. But around Baharvatia, there are conflicts such as monarchy with begging, compassion with brutality, generosity with plunder, happiness with crises, and fearless nobility with deceit. Often the people are more interested in the small heroism of Baharvatia than in the great deeds of a world champion. Anne Mojili laughs at the occasions of nature. Listening to his cruel deeds, he feels remorse and anguish as if he has made a mistake to his beloved soul. When it comes to the opposite, pity is eaten. Forgetting its faults and considering its atomic qualities as a mountain, many high fictional or semi-fictional events of heroism are associated with its name. Saiyarashtra is a country full of colorful folk history. Let us first understand the vision of Europe in the theory of alienation. Then let's get down to the rich storytelling of Kathiawar.
Statement:: 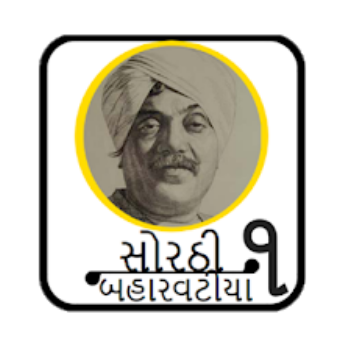 These are the stories of only five outsiders. Behind that, the superior bean goes inside. Readers can digest such details well; There will also be an introduction to the whole out-of-age philosophy.


In 'Rasadhar' Jogidas Khuman, Sanghji Kavethiyo, Abho Sorathiyo, Hippo Khuman, Varjang Dhadhal etc.: and Ra. Ra. From Raichura, Bhimo Jat, Gigalo Mahiyo, etc.: These are written by loose outsiders. But this is the vision of the Sangopang collection. The intention is to present not only the praises of all the outsiders અને and also all the black-and-white sides of them મળી as many incidents as can be found, but also the faults of the character. That is why the color scheme of 'Rasadhar' will be limited to 'Baharvatia'.


This is a guide for any future historian. In the files of monarchies, it is only a one-sided history. The folklore tradition has a rich and colorful history, the people were beaten, looted, suffered, yet the jawans of the looters were not forgotten. It was an affront to the virtues of the killers. The murder of an outsider was natural to her mind, but the strange theology at the heart of this massacre was magical in her eyes. That is why the people kept that everlasting face of importance.

However, there is also a limit to the historicality of the memorized fact. Enter the illustration, the existence of Bhima Jat's beloved Nannudi. Mr. Raichura's fiction is not fabulous, but trustworthy folklore, just as the denial of the character I received is also faithful folklore. Many others understand that. Besides, it seems that the heroic people will be less prone to evil things. Today, there is no tool to determine the truth, so much for its historicity. But revealing all this will automatically show that it is untrue. History will be shattered.


Even though the historicity remained the same; People might have an idea; Even so, owning one is still beyond the reach of the average person. People were worshipers of holiness. That folk-ideal makes it clear in the story of almost all outsiders that its destruction is present only when the outsider has strayed from the path of righteousness. The belief in the gabby help of the gods tells the same story.
IMPORTANT LINK::

YOU CAN ALSO READ FROM HERE

Keep in mind that the true era of exile began in the late eighteenth century, spread throughout the nineteenth century, and ended in the first twentieth of the twentieth century. Its last representative was Ram Walo.
SORATHI BAHARVATIYA APP

After that it is only theft and robbery. Don't call it an outsider. The Narya thieves have no place in this collection.
Sorathi Baharvatia - Part I written by Zaverchand Meghani 2021-02-28T03:01:00-08:00 Rating: 4.5 Diposkan Oleh: Niya