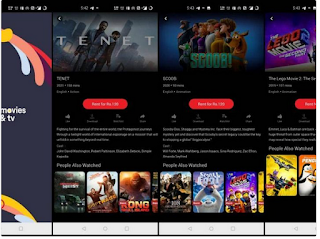 Vodafone - Idea (Vi) has announced the launch of a premium video on demand (PVOD) service on the Movies & TV app. The telecom company said on Monday that it had reached an agreement with Hungama. The company wants to strengthen its position on OTT through this move. According to Vi, there is a lot of potential in the market for premium video on demand in India. That said, people are moving to the OTT platform because of the Corona epidemic. People are looking for new options for home entertainment.

These Hollywood movies are now available to users

The PVOD service now includes Hollywood movies such as Tenant, Joker, Bird of Pray, Scoob, for Vi's customers. According to VIL's Chief Marketing Officer Avanish Khosla, with the opening up of the economy and entertainment industry, a new model for the use of new content is coming. It allows users to view content at a fixed price. According to him, the company is fully prepared to work with partners like Hungama Digital for the growth of this segment.