Orders have been issued by the state government to control the rights and powers given to the panchayat bodies. Protesting against this, Mehsana District Sarpanch Association has presented to the Panchayat Minister and demanded to resolve 18 issues pertaining to Gram Panchayats and Sarpanches.

The sarpanches of Mehsana district have expressed their grief in a written representation to the state panchayat minister. In which it has been demanded to remove the similar orders to trample on the powers of sarpanches and gram panchayats. 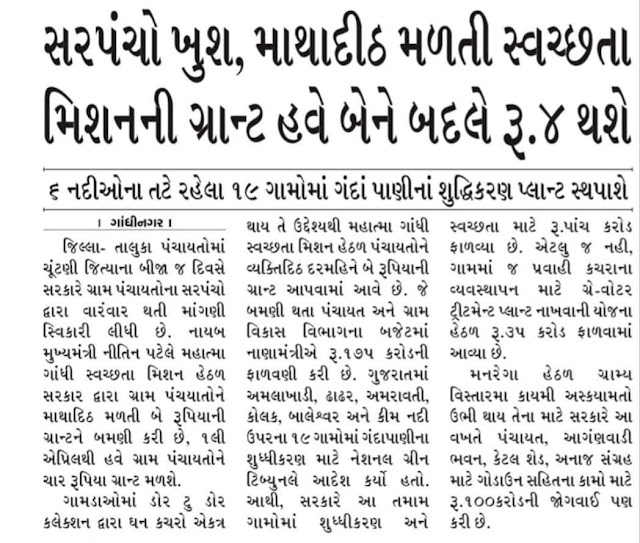 In addition, to make the signing of Talati in the development works agreement, to make provision for police cases in the name of Panchayat instead of individual, to pay salaries to Sarpanches like MPs and MLAs, to abolish GST on development works, to determine responsibility for operation and presence of Revenue Talati and Panchayat Talati. To do, Rs. It has demanded a total of 14 issues, including permission to do five lakh works. Despite repeated representations, no reply has been received from the Panchayat Department and the Development Commissioner.
Government's announcement happy news for sarpanches 2021-03-18T03:10:00-07:00 Rating: 4.5 Diposkan Oleh: Niya