Home / YouTube / Gujarat Tourism : 5 Best Places where you can go to tour with your Family

Gujarat Tourism : 5 Best Places where you can go to tour with your Family

Gujarat Tourism : 5 Best Places where you can go to tour with your Family


Going to our country wakes us up day and night for our security so that we can sleep peacefully. These grandsons of the country also sacrifice their lives for the country. Talking about such warriors, how much fun it would be to see their work place and enjoy their parade if our chests swell from yard to yard?

There is a place like Wagah Border in Gujarat

There is only one place in Gujarat that will awaken your patriotism. This place may also be called Wagah Border in Gujarat. In Seema Darshan of Nadabet village of Banaskantha, you will see an atmosphere similar to Wagah Border.

From 24th December 2016, a joint retreat parade of BSF was launched by Gujarat Tourism and Border Security Force at Seema Darshan program at Nada Bat like Wagah Border. In this Seema Darshan you will see the bravery and patriotism of the BSF jawans who will raise your fur. This is the only place in Gujarat where we have the privilege of seeing the courage of our brave soldiers who never sank in the face of the setting sun at sunset.

Fusion band and camel riding are the attractions here

The main attraction of this BSF Retreat Ceremony here is that people from all corners of the country flock to Nada Bat. Along with this, the fusion band and camel riding games are praised in a big way. You will also find a display of weapons at the BSF camp, a photo gallery and a documentary on the heroism of BSF personnel.

This Seema Darshan program is held every Saturday and Sunday between 5 and 6 pm but we should reach at 5 pm so that the parade of soldiers can be seen up close. Now, if you have gone so far, you have to take photos and post them on Facebook and Instagram! So it is also convenient here. 3 towers have been erected to take selfies in the desert where you can take cool selfies.

There is also an ancient temple of Nadeshwari Mata next to it. Mother Nadeshwari is worshiped not only in Gujarat but all over the country as the Mother of Security. It is believed that in ancient times, King Navaghan attacked the Muslim government to save his sister. For this he asked the local shepherd girls for a way out of which the temple of Mother Nadeshwari has been built. Apart from this, during the Indo-Pakistani war in 1971, Indian Army officers visited Nadeshwari Mata and the cannonballs thrown by the enemies did not explode here. This will probably be the only temple in India where Mataji's Seva, Aarti, Archana and Pooja are performed by no priest but by BSF himself.

Now if you finish all this, there is a Dharamshala to stop you from getting late. You can stay there even for a small cost.

The special thing is that only 600 people are allowed to visit here in a day, so get your pass by booking on an earlier basis.

How much will it cost? 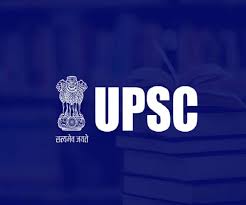