The Sabarkantha district is located in the southern part of Gujarat. This district had a population of 2,082,531 according to the 2001 census. It covers an area of 7,390sq. km. Ninety percent of the population is rural. The main occupations of these people are dairy farming and agriculture. 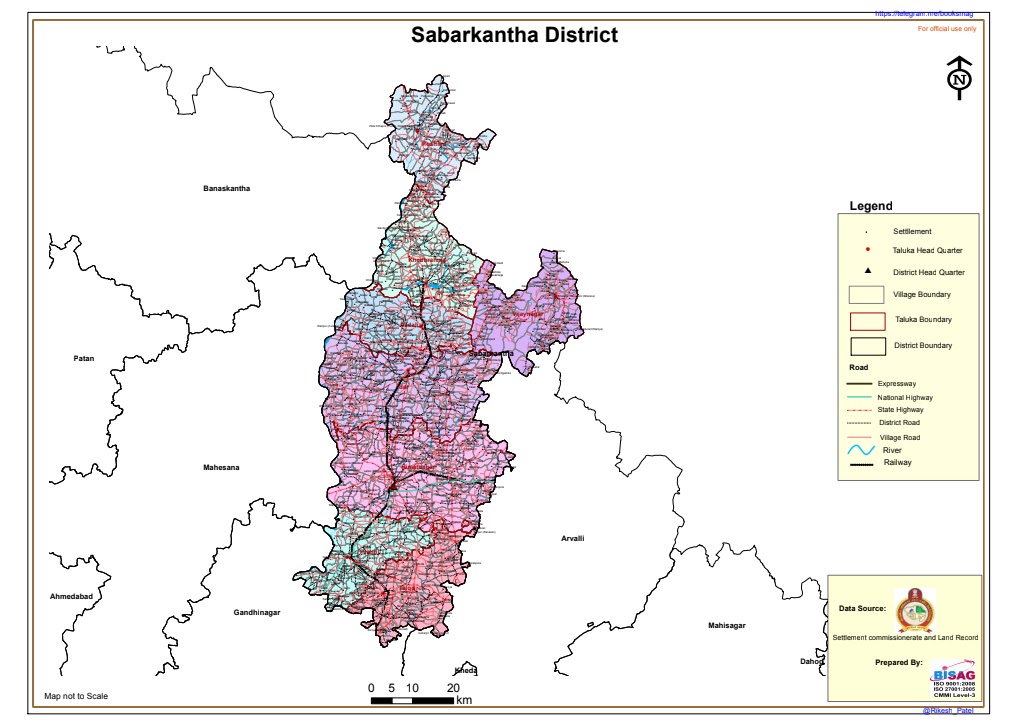 The temple of Shamlaji, one of the famous Vaisnava shrines, is located in Sabarkantha district. It is a pilgrimage center and a place of tourist interest because of the yearly fair held here.
Gujarat, one of India's most prosperous states lying in Western India is popular not only for being the birth place of Mahatma Gandhi, but also the site of the ancient Indus Valley Civilization.The capital of Gujarat is Gandhinagar, with Ahmedabad as its largest city. The population of Gujarat is 60,383,628 (2011 census) and the state covers an area of 1, 96,024 sq km and shares its border with the states of Rajasthan , Madhya Pradesh and Maharashtra . The state has a literacy rate of 79.31 percent. Gujarat is the 7th largest state in India in terms of area. The 196,024 sq kms of area in the state is divided into 26 districts at present. The state of Gujarat had 17 districts when it was formed in the year 1960, but now there are 33 Districts. All the northern districts of the Bombay, which was a state in its own till then, were a part of Gujarat after 1960.

Gujarat School Vacation : Decide today at an important meeting of the Education Minister to decide whether the vacation will be extended

Gujarat School Vacation : Decide today at an important meeting of the Education Minister to decide whether the vacation will be extended ...